Stines nominated for a Dora in Canada 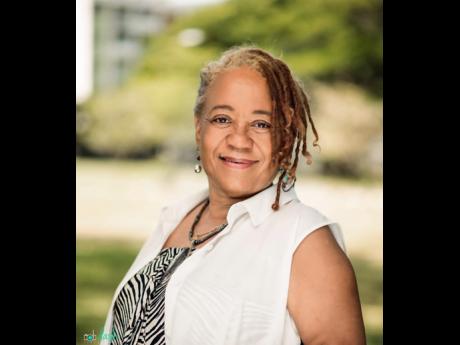 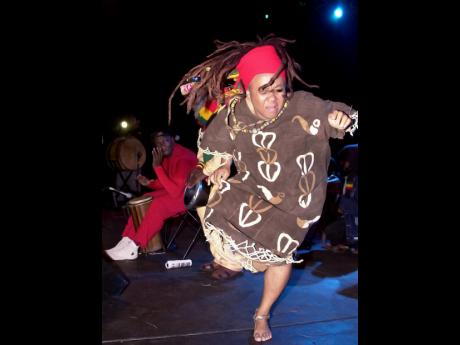 Dr L'Antoinette Stines, founder and artistic director of L'Acadco - A United Caribbean Dance Force, was "so shocked" when she learnt of being nominated for a Dora Mavor Moore Award in Canada.

Of course, it was a pleasant shock, and she is intent on being in Toronto for next Monday's awards ceremony at the Elgin and Winter Garden Theatre. Stine's is nominated in the Music Opera Division for Most Outstanding Choreography, resulting from her work on Lukimi: A Dub Opera.

"It is a very big honour. I am making every effort to be present to represent myself and other Jamaican choreographers, who are also very good. It is such a big thing, even my presence in the space is important," Stines said. This is the 39th staging of the awards, often called simply a Dora.

She was in Toronto last year for the production's September 26 opening at the Tarragon Theatre. It closed on October 14. Written by poet D'bi Young Anitafrika, who has Jamaican roots, Lukimi: A Dub Opera was directed by Eugene Williams and Stines' long-standing work relationship with Williams led her to the production. "Eugene Williams was hired as the director, and he suggested I do the choreography. It has a lot of choreography requirements," Stines said. In addition, the production engages with areas Stines is knowledgeable about, such as Orisha and rituals.

There is another Jamaican connection, as Stines says Daniel Ellis, son of Owen 'Blakka' Ellis, was the male lead, with D'bi.young Anitafrika the female lead.

It is her first nomination for choreography in a theatrical production. "I have done plays in Jamaica, but I was doing this before there was Actor Boy. Then I went heavily into my company. I like working on plays - these actors were not professional dancers, but they learnt," Stines said. "They took it with their souls." Williams has been suggesting that Stine's do a one-woman show and she is anticipating doing so. "I was on Broadway many years ago as an actor and dancer. I would like to move back into acting. My dance season always has acting in it - I like blurring the two," Stine's said.

Stines had another shock, again of the pleasant kind, when her voice was included in the Everything is Love album by BeyoncÈ and Jay-Z, which was made available on Tidal last Saturday. Describing her reaction as "surprised, elated, really shocked", Stines said, "I did not know they were using it and it is so beautiful." She connects what she said at L'Acadco's 2018 season of dance, Daaancing Crystals: A Special Love Experience, which runs from July 6 - 8 at the Philip Sherlock Centre for the Creative Arts, UWI, Mona.

"We have invited 400 persons who are called marginalised. Girls who have been raped and are pregnant are our special guests." While there have always been special guests at L'Acadco's seasons, this year the number has been doubled. So when Stine's was asked to speak about love for the Jay-Z and BeyoncÈ project, she was happy "to be speaking about love a topic I think I have a good relationship with. I think it will heal the world." Initially, Stines had been connected to the project as a choreographer and was then auditioned for a speaking role.

"I was asked, 'Tell me about love' and I said what I thought was love," Stines said.