For the culture - Spanish Embassy to host two free concerts 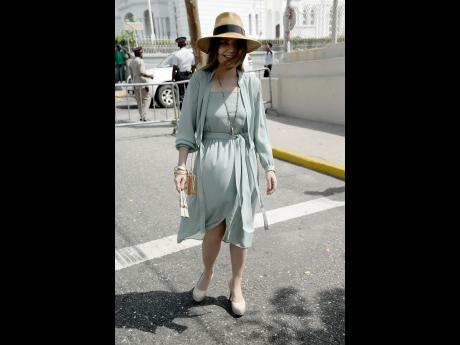 The Embassy of Spain in Jamaica is gearing up to host two free concerts aimed at strengthening cultural connections between both countries.

Dubbed West Winds - a Musical Experience, the shows based on West Side Story, will take place this Saturday at Rose Hall Great House in Montego Bay and Monday, June 25 at the University Chapel at the University of the West Indies, Mona.

Speaking with The Gleaner about the events, Deputy Ambassador of Spain to Jamaica Carmen Rives said the goal of each concert is to reach as many Jamaicans as possible to allow them to experience something different. "We at the embassy are very strong on culture, and that's why these concerts are free. We don't want to restrict the audience because culture is a very important goal in itself," she said. "We want to be able to reach as many people as possible. We want to expose people to this music, so whoever is interested in music, you are invited."

Both events will feature performances from Spanish saxophone quartet of Angel Soria, Andres Gomis, Alberto Chaves and Josetxo Silguero, as well as lone female violinist Cecilia Bercovich. Some of the items to be performed are expected to pay homage to American composer Leonard Bernstein, who was known for his role in promoting arts with his television lectures on classical music.

Commenting on the quality of the performances, Rives boasted of the world-class talent that is the saxophone quartet. "They are a very well-recognised quartet of saxophonists. They are going to play four different saxophones, and that will be very interesting to see. They are going to be joined by a very talented violinist from Spain, and that is something you don't get to see every day in Jamaica," she said. "It's a different cultural offering that's going to be very unique and special. You have amazing music in Jamaica, but it's very different from what we have in store, and it's an opportunity to experience something different from what you're used to."

Aside from the free concerts, the embassy has also arranged for the quartet to share lessons with youth from Kingston and Montego Bay. Rives said the latter is not a new approach by the embassy but explains that this one will be special as it will include children outside of Kingston. She also notes that the workshops are a way to get young people to appreciate the music more so they can enjoy the concert more holistically. The workshop in Montego Bay will be held at the Montego Bay Community College, while the Kingston workshop is set for the Edna Manley College of the Visual and Performing Arts.