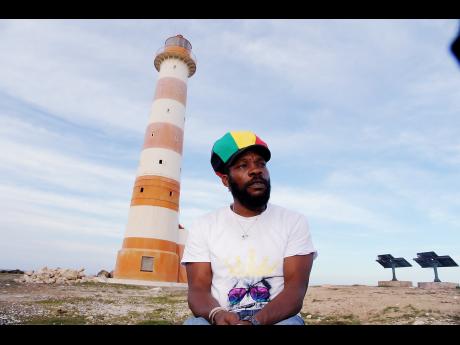 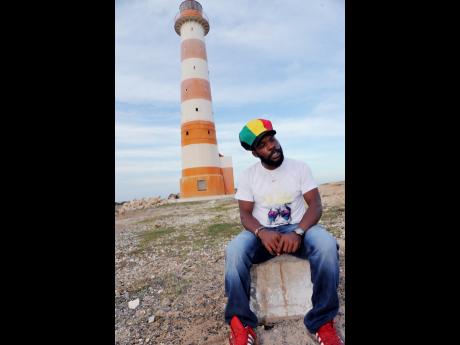 Singer Dwight 'Bushman' Duncan's 2018 Conquering Lion album, is a musical statement of self-sufficiency. Not only is it on his own Burning Bushes imprint, but much of its production was done at his studio in Duhaney Pen (commonly called Berlin - after a football club from the community), St Thomas, a parish he is deeply committed to.

Bushman was at the mixing board to shape the final sound of Conquering Lion, released 21 years after his Nyah Man Chant set. In 2004 came the Signs album, which featured Downtown and Lighthouse and Bushman Sings the Bush Doctor: A Tribute to Peter Tosh, released in 2011. Today, we sit down with Bushman for Five Questions with ...

You live beside a church and you are a Rastafarian. How does the church affect and influence you?

What affects me is the noise. It is not beautiful and harmonic. What influences me is when me a hear the preacher a read scriptures at times. I can learn something from him or hear something I can research and get the facts. I would like the church to have some evening practice to learn harmonies so the singing can sound beautiful. I am a man of God. There is a father in Zion and I am God-fearing. I am planning to invite my good friend Marion Hall to talk to them one Sunday.

Some artistes are shying away from doing dubplates for sound systems. Do you continue to do them?

Yes. Dub is a major means of income, especially when you nah fly every weekend. You might do a tour every three, four months, and the dub help to fill that gap. Big up the sound system man them - some a them splice until them can afford the real thing. Them is a part of the culture. A chain is as strong as its weakest link - Dubplate is a part of the dancehall culture.

Do you see the Noise Abatement Act affecting persons' income?

It affect us and I want the people from Wray & Nephew and Red Stripe to sit down with the Government. I am not a drunkard. I sit and drink my Dragon now and then, but it affect the round robin very bad. The $5,000, $6,000-a-week minimum wages cannot work. One time, if nobody no come by 9 o'clock, you know the dance flop. Now, the people start come in very late. If you lock down a dance by 2 a.m., the wicked man have more time to prey on people. If the venue is in a proper location, I don't see why you can't extend the permit to 4 a.m., 5 a.m. What would stimulate the economy is if the Government build some good venues. People come to Jamaica for the culture - music, food, heritage.

Are there any artistes you would like to collaborate with?

I have a collaboration with Capleton on Conquering Lion. Whole heap a artiste around I would like to work with - Luciano, Chronixx, Kabaka Pyramid, one time Iba Mahr reach out. Me would collab with Shaggy, too. Collabs are good, it work vice versa - you bring your fans to me, and I bring my fans to you.

Is doing the audio mixing 'Conquering Lion' yourself to cut costs or to be more hands-on with your project?

Is something I had to do. An engineer will say St Thomas far, but him go Ocho Rios, Negril. Mi build a studio due to the situation mi face. The middle man is there between the product and the company. At times, people don't want to come and do it, so you forced to do it yourself. Mikey in Brooklyn showed me how to put a reverb on an auxiliary track and buss it to the audio track. I started from PC and Nuendo. I would do stereo tracks and one day, by accident, created a mono track and it sound warm.