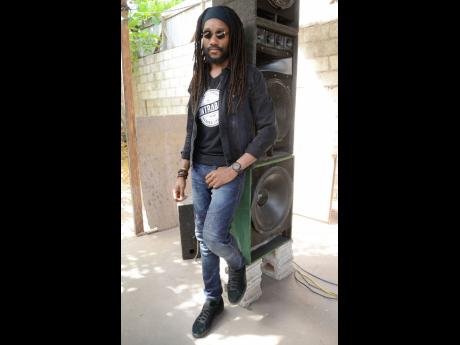 Football has meaning beyond the television screen for Kabaka Pyramid. In the week and a half he had in Jamaica before hitting the road for yet another US stint, 'the beautiful game' was part of the physical preparation, along with rest - and, of course, rehearsal. "I'm rested right now, ready to go again," Kabaka said.

There is a lot to rehearse for, as the current stint following the release of his debut album Kontraband, will take Kabaka from Colorado to Florida, Atlanta to Philadelphia and places in between - a show with Protoje in Denver included on this stint. After a short time back in Jamaica, the European circuit is next, Reggae Geel (Belgium), Rototom Sunsplash (Spain) and Uppsala (Sweden) among his stops.

Ninety-five per cent of the time I go with my band," Kabaka said of his overseas performances. "I did a show with (selector) Yaadcore in Bermuda," he said, plus there were other performances with him.

Touring to sensitise audiences to Kontraband, began in the run-up to the album's release in May. A Canadian stint was part of a trek focused mainly on the US's West Coast, European countries were part of the 2017 travel itinerary and, in March, there was a Guyana stop then six shows in California in April. Added to the list were stops in Las Vegas, San Diego, and Los Angeles. "I feel I am going to the US too often now," Kabaka said, although he noted "Europe, you no want to go too often."

It is fertile ground for reggae performers and Pyramid says "I think there has always been a demand for reggae. I think, though, with the rise of myself, Chronixx, Jesse Royal, Raging Fyah and more there is a burst, a rise. People are excited by Jamaican reggae acts." He observed that a lot of Jamaican acts are based in the US, which helps to boost demand as well.

However, with reggae, there is no place like home, and Kabaka said, "Jamaica still has the authentic sound," while noting that in places like the UK the sound has developed and there are bands in the Virgin Islands that have "a unique groove."

"A lot of European bands come here. Me respect that, looking for the authentic sound and employing Jamaicans.."