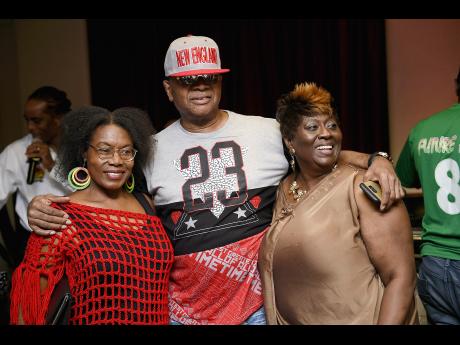 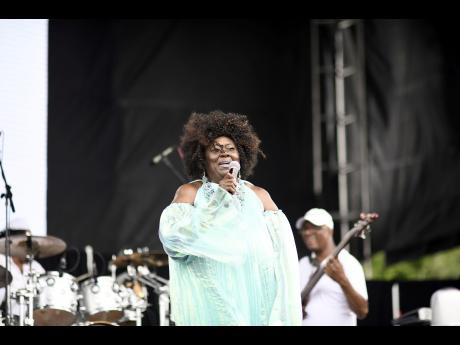 Forty years ago, Marcia Aitken walked into an audition session on a Thursday afternoon at the studio of Joe Gibbs. Musicians and industry professionals like Lloyd Parks, Dean Fraser, Sly Dunbar and Copeland Forbes all witnessed her record a hit.

According to Forbes, every Thursday, a lot of aspiring artistes would line up and the moment when Aitken stepped up to the microphone singing a version of I'm Still in Love with You Boy by Alton Ellis , all the musicians looked at each other in marvel at her voice.

"That magnetic day when she came to the studio, nobody had ever heard of Marcia Aitken. But when Gibbs listened to the recording of I'm Still In Love With You Boy, he had made up his mind that he didn't need to audition anybody else that day," Forbes told The Gleaner.

Forbes says that he had no idea what happened to the singer after the production was released.

"The rhythm was used so many times after with a whole slew of artistes. All I know is that Aitken migrated to the United States, and over the years I have said at least she is being recognised by the industry - first with the 2002 collaboration with Sean Paul and Sasha that topped charts worldwide, and then by the multitalented BeyoncÈ Knowles," he said.

Aitken and Forbes were reunited last weekend at 'Groovin' In the Park 2018' artiste reception, after 40 years. During that time, they had not communicated, and that was when Forbes found out that the powerful singer he met in 1977 was not getting anything from the single.

"No royalties, not one single penny, and moreover, it is about the respect, even that is hardly given," Aitken said.

Aitken says she is aware that VP Records has the rights to Joe Gibbs music, but that it is discouraging for older artistes, especially women who have contributed to the industry in a big way. She has toyed with idea of taking legal action numerous times.

"A friend of mine informed me that Beyonce and Jay were on television performing the single; even saw the posts online with them in Jamaica," she said.

I didn't bear any grudge I felt good that artistes who are the top for the millennial chose to do it, especially a song so long ago done. It reintroduced me to a younger market, so I was honoured. What is there to dislike about that?"

Meanwhile, she explained that songs from the '90s, such as Another Scorcher by Jackie Bernard and the Tennors, have been used in commercials without any compensation because there is no official document to back it up.

"When the producers or owners of the music get these opportunities, out of respect they should consider the voice on the tracks and compensate the artiste or artistes involved," said Forbes.

"It was good meeting up back with Copeland - his voice is unmistakable. It's good to know you are still loved by people you met years ago it always feels good," she said.

It has been over 20 years since Aitken have performed in Jamaica, having juggled her career as a nurse and restaurant owner alongside her husband , who the hit single was dedicated to. While it was great publicity for Aitken, she admits that her husband did not want her to do music for reasons similar to the current issue.

She told The Gleaner, "Because of how people talk about the women, and he was also scared that the industry was going to take advantage of me."

Delivering the hits in a raspier voice, she has been sharing her music in a devotional setting at funerals and weddings, where persons request the gospel version of I'm So In Love With You Lord and My God (off the rhythm of My Man and I'm Still in Love with You that are on her 2014 album From Conception to Redemption.