Reincarnation explains much for Kabaka Pyramid 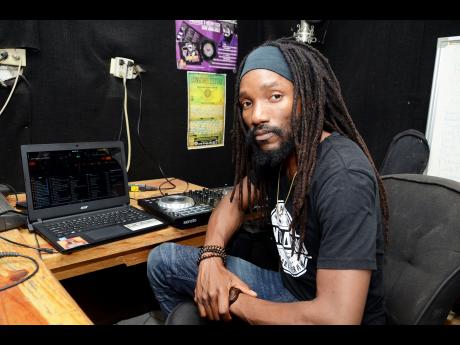 In Meaning of Life on his debut album, Kontraband, Kabaka Pyramid deejays about not so much an individual's life cycle, but the cycles that lives go through as there is death and rebirth. He references the Bible and also wryly includes romance and murder in the flash of familiarity that can occur upon encountering someone for the first time:

"Remember Christ said John the Baptist was once Elijah

So maybe each of us beyond the grave is a survivor ...

So when you see a stranger that's really so familiar

He told The Gleaner that he believes in reincarnation, which is a way of understanding some apparently inexplicable life-and-death - occurrences. "I have read a lot of books that speak about it," Kabaka said.

"It is only in the West that reincarnation is not common knowledge. In Africa, Asia, India, reincarnation is part of the spirituality. There was a study that shows countries which believe in reincarnation are more peaceful - they understand repercussions."

In addition, Kabaka said, "It explains why life seems so unfair. When a youth dies at age four and is one life him going to live - that no seem fair. I believe reincarnation will be more and more common knowledge, going forward."

There is another part of the life cycle that concerns Kabaka; in the album's opening song, Make Way, he deejays, "Jamaica whe we born the situation sorta sticky/The yutes dem a de future but de leaders over 60."

He told The Gleaner: "It happens all over the world, but my mind was on Jamaica." His thinking is that the young people are thinking long-term, while "people of a certain age, they are not thinking of 40 years from now".

Also contributing to the situation is a lack of continuity as he observed that when there is a change in power, good projects are often abandoned.

Meaning of Life is especially close to Kabaka's creative heart, and when The Gleaner asks him about stardom, he says, "In my eyes, the whole a we a star already. I think all people have the potential to shine bright and show that light. Some people take that platform, and a money dem a look for and vanity. My objective is to inspire. That would be the greatest accomplishment.

"Me just want everybody listen the album and listen it totally, especially Meaning of Life."