The Music Diaries | Exploring the birth of reggae 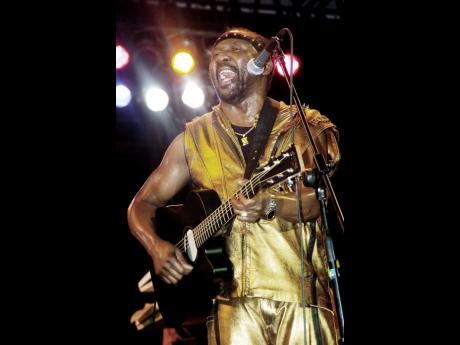 File
Frederick ‘Toots’ Hibbert has said that he was the first to mention the name reggae in the recording ‘Do The Reggae’ in 1968. 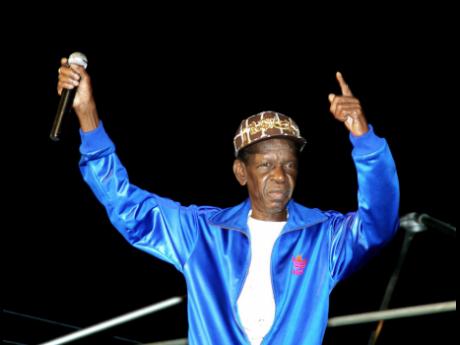 File
‘Bangarang’ with Stranger Cole on vocals was one of the first reggae recording. 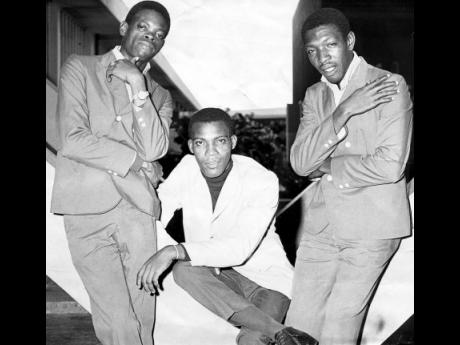 Gleaner photograph
Desmond Dekker and The Aces. From left: Winston Samuels, Desmond Dekker, and Eastern Howard, some of the early pioneers of the genre. 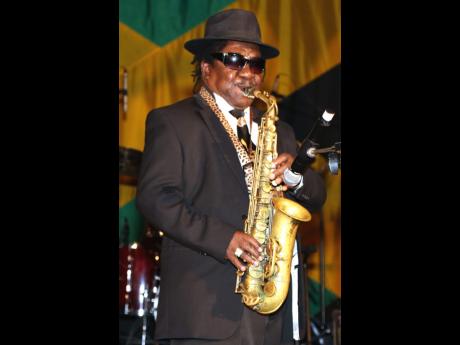 Today is International Reggae Day, and again, we pay tribute to the pioneers who made it possible.

Andrea Davis conceptualised the idea in 1993, following a speech by Winnie Mandela, wife of former South African president Nelson Mandela, while the couple was on a visit to the Island that year. Davis, a music administrator and a member the of Toots and The Maytals' management team, was inspired when she heard Mrs Mandela declare that reggae music gave the people of South Africa inspiration in their fight against apartheid. Davis immediately saw a vision of reggae music spreading to all corners of the globe and thought that dedicating a day to the genre would be the ideal vehicle for its propagation. Media houses were invited to dedicate a day to reggae music, and the following year, a full-day celebration was launched.

And so as we look at the work of the pioneers, we recall that Desmond Dekker and The Aces, were the first Jamaican artistes to make the world stop and look at Jamaica as an emerging powerhouse in reggae music when they hit the United Kingdom's (UK) charts in 1969 with the recording - Israelites. The song became historic after it climbed to No. 1 on the UK singles chart, becoming the first Jamaican record to have done so. Other hits by Dekker 007, Shanty Town and A It Mek, consolidated the group's position as a top act in the UK.

Back home a year earlier, Nanny Goat, by Larry and Alvin; Bangarang, by Stranger Cole and Lester Sterling; No More Heartaches, by The Beltones; and Baby Why, by the Cables were vying for the title of being the first reggae recording, and the one that laid the first cornerstone in the building of the reggae genre. Most musicologists tend to agree that Nanny Goat led the way.

It was a timeless masterpiece of sheer musical artistry that included an innovative shuffling organ piece, played by Jackie Mittoo, which transformed a seemingly rocksteady song into something that sounded different.

It was, however, not the first time that the name reggae was being used in relation to a Jamaican recording. Frederick 'Toots' Hibbert of the Maytals, although not accepting credit for doing the first reggae recording, claims that he was the first to mention the name in the recording Do The Reggae in 1968. Record producer-recording artiste Clancy Eccles, challenged that position and went further by claiming that he coined the name 'reggae'. According to Eccles in the liner notes from one of his albums, it happened on a dance night when he jokingly used the rhyming slang "Hey Streggae, come make we reggae"! (Streggae referring to a so-called female 'regular' at dances, and Reggae referring to dancing).

Bangarang, featuring Lester Sterling (saxophone) and Stranger Cole (vocals) was another of the earliest Jamaican recordings that demonstrated the rudimentary reggae rhythm, and laid the foundation for the genre. A number one song in Jamaica in 1968, it was fortuitous, as Cole related to me in an interview some years ago. "I was passing by Treasure Isle Studios one day, and producer Bunny Lee a very good friend of mine - called me upstairs, where he was doing an instrumental recording called Bongo Chant with saxophonist Lester Sterling. He asked me if I could put some words to it, and I just came up with 'Mumma no wan bangarang', and the rest is history."

Baby Why, by the Cables, with its horns-driven instrumental introduction, was a huge favourite even before it was released to the public. The very astute record producer Clement Dodd, sensing its huge popularity, held the recording for four months for exclusive play on his sound system, eventually building a huge demand for it. With an equally popular B-side - Be A Man, the record became one of the biggest selling-ones in Jamaica during the 1960s.

The Birth of Reggae

Although no proper documentation has been done something that has plagued Jamaica's early music - it is widely accepted that the birth of reggae occurred in mid-late 1968. Many musicologists believe that it was a spontaneous occurrence, occasioned by the will of some musicians to experiment with the existing rocksteady beat. "The ska riff on top of a slowed-down rocksteady bass line, with a touch of mento," was how one critic described it. In my mind, The Beltones' No More Heartaches, also in 1968, completes the quartet of recordings that represented the earliest pieces to define the reggae genre.

Also among the pioneers who laid the foundation for reggae music were producers Clement 'Coxson' Dodd, Arthur 'Duke' Reid, Leslie 'Beverley's' Kong, Bunny 'Striker' Lee, and Sonia Pottinger the only female in the business.