The Music Diaries | The musicians behind the hits 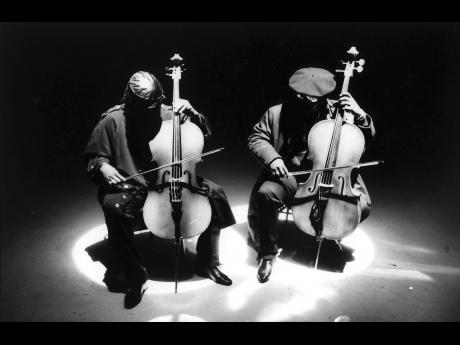 Voice Photo
Lowell Sly Dunbar and Robert Robbie Shakespeare -a drum and bass rhythm twins, who were very popular in the 1970s and 1980s evoke memories of another musical duo -Joe Isaacs and Brian Atkinson. 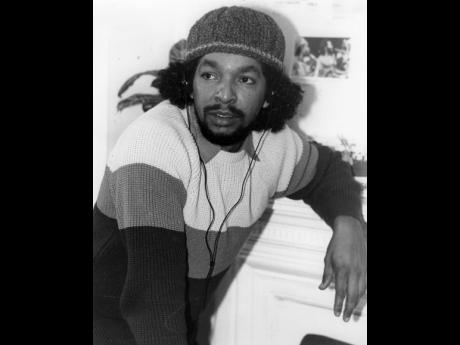 Contributed
Joe Isaacs. Issacs and Brian Atkinson were the sounds behind some of the greatest hits in Jamaica in 60s and early 70s.
1
2

Musicians have often been neglected and sidelined whenever the success of a recording is announced. The singers are the ones who, almost invariably, get the credit and are showered with unending praise for a job well done. This situation is particularly noticeable in early Jamaican popular music.

A glaring example of this is reflected in the work of the drum and bass duo - Joe Isaacs and Brian Atkinson. Apart from being best friends, they worked together as a musical team to help create dozens of rhythms that proved crucial to the success of hundreds of recordings that came out of two of the most popular recording studios in Jamaica during the 1960s and early 1970s: Studio One and Treasure Isle. Memories of them were revived later by Lowell 'Sly' Dunbar and Robert 'Robbie' Shakespeare - drum and bass rhythm twins who were very popular in the 1970s and the 1980s.

Isaacs and Atkinson began with Clement Dodd's Studio 1 in the 1960s. Isaacs was only 15 years old when he worked on his first recording for the producer, who was not entirely pleased. "Jackson (a name that Dodd called almost everyone), the man dem don't like how you play. You naw keep up with the beat," was Dodd's remark to Isaacs. It was evident that the hectic pace of ska was not much to Isaacs' liking.

However, as the beat slowed to the more manageable pace of rocksteady, Isaacs was able to prove his real worth with commendable drumming on Ken Boothe's Puppet On a String and The Heptones' Fattie Fattie. Speaking to Isaacs recently, he noted, "It was my incompetence - not being able to play drums fast enough - that helped to slow the beat down." His drumming decorated follow-up rocksteady tunes from The Melodians, Slim Smith, Ken Boothe, Delroy Wilson, The Burning Spear, Marcia Griffiths, Judy Mowatt, Rita Marley, and The Gaylads. Isaacs was particularly emotional about Boothe's The Train Is Coming and Bob Andy's anthemic I've Got To Go Back Home, on which he played drums in 1966.

In the meantime, Atkinson's bass lines were decorating almost all of these recordings at Studio One. He reached there in 1965, after coming to Kingston to attend The School of Arts and Crafts. While there, he met guitarist Hux Brown, who introduced him to an opening for a bass player at Studio 1. Atkinson had earlier honed his musical talent as a guitarist with his school band at Roseau High School in Hanover, before transitioning to the bass.

He introduced himself at Studio 1 with some astonishing bass lines on cuts from the Heptones' first album simply titled The Heptones and played on a couple of tracks from their second - On Top. Pretty Looks from the second album was an outstanding piece, with Atkinson on bass, while the singles Ting-a-Ling, Love Me Forever, by Carlton and the Shoes; I'm Still In Love With You; I'm Just A Guy, by Alton Ellis; Home, by Ken Boothe, and several others, took Atkinson's bass-playing skills to another level. He effectively saw himself as the successor to the great Lloyd Brivett, bassist for the Skatalites band. But unlike Brivett, who played the standing bass, Atkinson told me that he introduced the four-string (non-standing) electric bass to Studio 1.

Isaacs and Atkinson, who spent two and a half years with producer Clement Dodd, managed to slip away from the producer on one occasion and paid a visit to Dodd's arch-rival Duke Reid. Introducing themselves to Reid as drummy and bassie (that's how coxsone labelled them as he never usually called artistes by their real names), they signalled an intention to do six rhythms. Duke recognised them by those names as well and sent them upstairs. Upon completion, The Duke forked out 12 pounds each for the duo. It was a shocker! According to Isaacs, "not even Usain Bolt could move faster than us when we cut up Bond Street because we think Duke made a mistake since that is what we used to get for one week's work at Coxsone. And that's how me and Brian decide to leave Coxsone and join with Lynn Taitt and The Jets, who were working with Duke."

Isaacs then began working for almost everyone, playing drums on Desmond Dekker's UK No. 1 single Israelites, Toots and The Maytals' No. 1 single 5446 Was My Number, Derrick Harriott's Walk The Streets, and Slim Smith's Rougher Yet. Along with Atkinson, the duo is featured on Bunny Lee's first major success as a producer - Music Field - and while stationed at Federal Records with The Jets, they played prominent roles in making Johnny Nash's Cupid and Hold Me Tight become internationally famous. Ernie Smith's first recording at Federal - I Can't Take It - was also blessed with the bass and drumming skills of Atkinson and Isaacs.

Back at Studio 1, Isaacs and Atkinson worked with the studio bands - Soul Vendors, Sound Dimension and Soul Brother - which, in essence, comprised the same set of musicians, some being remnants of the recently defunct Skatalites band in 1965. With Jackie Mittoo as music director in charge of the rhythm section, Bobby Ellis, horns section arranger, and Roland Alphonso as leader, the aggregation created hundreds of top-class rhythms that many musicians today are riding without even realising it. According to Atkinson, "There's hardly a place in the world that I go where I don't hear my bass lines."

Isaacs migrated to Canada in 1968 but currently runs a company in Jamaica - Studio Oneness - which makes rhythms and distributes songs on that label. Atkinson, who migrated three years later, continued the friendship and musical collaboration when he joined with Isaacs, Mittoo, and Taitt, who had earlier migrated, to do several successful gigs across the country.