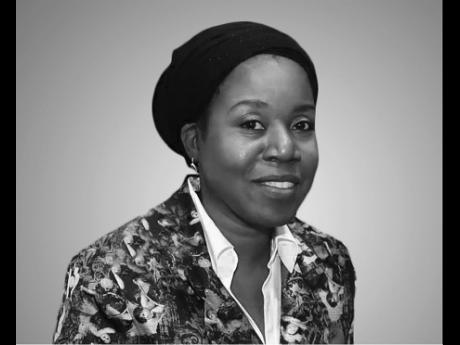 Amid the recurring reports of producers and filmmakers laying the groundwork for the development of the local industry, there is Patricia Scarlett.

Jamaican-born but raised in Montreal Canada, this filmmaker is interested in exploring hybridity and the intersectionality of culture, race, and class, particularly that which connects to her country of birth.

Inspired by the culture of Canada's most easterly province, Newfoundland, Scarlett has noted, and will present linkages, between Jamaica and the Canadian isle with the documentary film Of Cod and Rum: The Newfoundland Connection.

The film is meant to show historical and cultural connections to Jamaica, among them curious titbits like Jamaicans colloquially calling the country 'Jam-Rock' while Newfoundlanders call theirs 'The Rock'; and, of course, the shared diet and exchange of salt fish (cod) and rum. To date, the research has largely been based on Scarlett's experience.

"The film has been in development for two to three years. I have a home in Newfoundland, and in going there, I learnt something about the cod fisheries trade between the islands," Scarlett told The Sunday Gleaner.

Scarlett has also noticed parallels and similarities between the islands' culture - a laid-back lifestyle, warm and welcoming people equipped with quick wit - and also variances in language, which she finds "quite remarkable in many ways".

"I'm tired of seeing the same stories. We may take a different approach to telling it, but it's the same. I'm interested in finding stories rooted in history and culture that haven't been told. I envision bringing something new to the screen," she said.

Following the production of Of Cod and Rum, Scarlett will venture into the development of a romantic, comedic feature film called Shalom Jamaica.

The story will be about a Jewish-Jamaican family living in Toronto that returns to Jamaica to host a bar mitzvah. Filming is scheduled to commence on the island in the fall of 2019.

"I have managed to raise a little of the CDN $2.4 million budget for Shalom Jamaica. I'm still seeking investors for both productions. I have already scouted locations in Jamaica and am clear about where we will shoot various scenes," Scarlett revealed.

"She has had these stories for quite a while. It's just to get the funding," local screenwriter Diane De La Haye, who will be working on Shalom Jamaica with Scarlett, told The Sunday Gleaner. Now in the preproduction phase, De La Haye will begin work shopping with a scriptwriter from Montreal next month.

"Patricia is very creative. She has another story called Chinese Dumpling - about a Chinese-Jamaican family. She is very interested in establishing the meaning of our motto. She is also fascinated by the Jewish history of Jamaica and wishes for it to be explored in a funny and poignant manner. We just want a nice, interesting romantic comedy reflecting 'Out of Many, One People," she continued.

The pair became acquainted when De La Haye was hired as a transcriptionist for the documentary film RasTa: A Soul's Journey.

Scarlett has executive produced and consulted on a variety of programmes including Mighty Machines (Season 2, a children's series acquired by Disney); Crazy Opera (animated Christmas special co-produced with Paris-based animation company) and Rastafari Then and Now: A Message From Jamaica.