Story of the Song | 'Downtown' informed by Gleaner 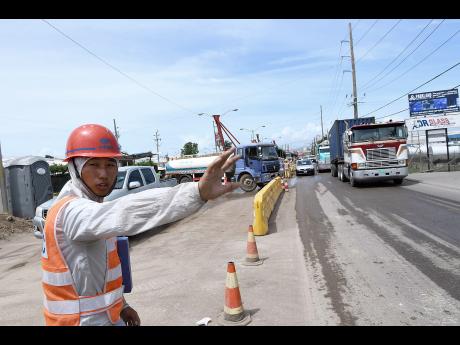 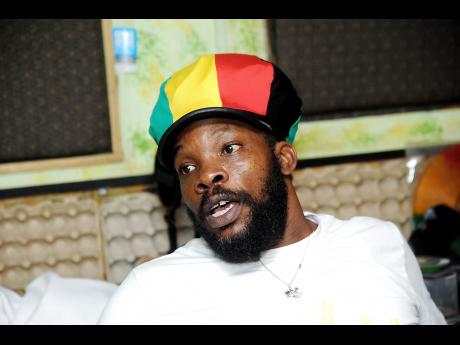 There was a time, 15 years ago, when road work in Three Miles, St Andrew, was in the news, just as it is now when an ultra-modern network being constructed to handle the high volume of traffic on one of the Jamaican capital's gateways.

It is on the other side of Kingston that Bushman would enter it as he journeyed into 'town' from St Thomas, but he kept abreast of the project in the media. And it was from a Gleaner report that he got the expenditure figures which made it into the lyrics of his song Downtown, which was included on his 2004 album Signs. There was another urban road project which made the lyrics, as Bushman wrote and sang about work on Hope Road.

He said that reading about the projects in The Gleaner, "we a learn how much money was granted for the drains and fixing of Hope Road. When it dew the road turn a river. I a check that US$8 million times 56 (the exchange rate of the US dollar to the Jamaican dollar at the time) to fix from Sovereign Centre. I see the road fix, but mi no know how good, cause when rain dew car shut off same way." The outlay for the other project was in Jamaican dollars, Bushman recalling, "from Coronation to Three Mile is $34 million." So he sings in Downtown:

And the flooding no end"

Later in the song the chorus is adjusted to:

Initially, the plan had been to write a song about what people like. That was still carried through in the verses, as Bushman starts out with:

"The farmer man love when the rainfall every day

Cause him crops a grow

The soldier man love when the sun shine every day

The wicked man love when him gun bus loud and clear

And him shots cyaan done

The policeman love when him have an extra gun

Fi when a innocent get shot dung"

However, he got around to what people do not like ("Downtown no love when shot a buss/Rude boys and police") and asserted the supremacy of a higher power as "when man a reign, could never be as terrible like when Jah a rain."

The rhythm for Downtown was laid at Tuff Gong by the Grassroots Band and the vocals done at Anchor. Fittingly, for the video Bushman was in downtown Kingston, sitting at the top of the Captain's Bakery building, North Parade. However, he said "one of the first places I performed it in front of an audience was New York. When you do a tune in New York and you get that energy, you know it is going places. When one drop get that start on the East Coast you know it is doing very well."