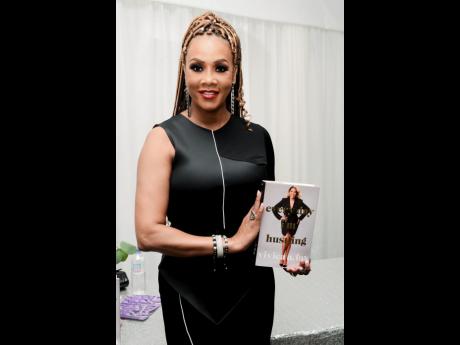 Shorn Hector
Vivica A. Fox with a copy of her book, ‘Every Day I’m Hustling’. 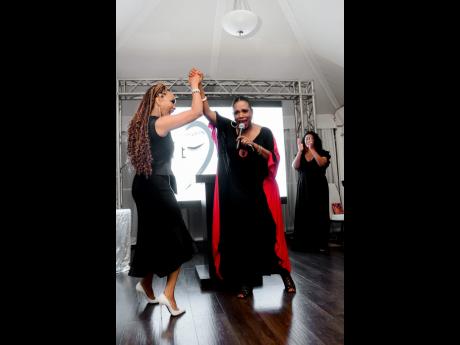 For American actress and producer Vivica A. Fox, "Jamaica is my tropical getaway." The award-winning actress has travelled to the island annually for the past five years for either work or vacation - sometimes a combination of both.

She says it is the one place where she can come and relax, and "most times it is around the time to celebrate my birthday".

This time around, Fox was treated to a birthday dinner hosted by Heather Goldson and Lisa 'Neahlis' McIntosh-Aris (who had also partnered with the star for her charity - Mission Neahlis). The Independence Day star also hosted the launch and signing of her book - Every Day I'm Hustling.

"I love the people, the climate, the service, and one thing is sure - every time I visit Jamaica, I get to know a little bit more about the island's history and culture. It keeps me coming back."

Fox added that music is one aspect of Jamaican culture that she is also in love with, and the legendary Bob Marley is one of the main reggae artistes on her playlists.

"Last year's tour of the Bob Marley museum was so spiritual for me, and I did not leave without purchasing a CD with his greatest hits," Fox revealed.

"I feel like with all those experiences, I am getting more spiritually connected to Jamaica without even any family roots here," continued Fox. With such a strong connection to the island, she might be here more often.

"Sheryl Lee Ralph surprised me last night, and we instantly thought it would be a nice project if together, we do a movie in Jamaica," she revealed.

In soaking up everything Jamaican, the local dance scene has not escaped her. The 54-year-old actress said, "Sometimes I am like, y'all about to break some bones or get a concussion. It makes me question what's going on, but to each his own. like in America they are twerking or doing dances that I don't particularly care for or I don't do them."

She describes the dance movements of the '80s and '90s as "full of hormones". But nothing much surprises Fox these days, having hosted Vivica's Black Magic with a concept centred on exotic dancing.

A street dance is yet to see Fox. although the rest of her stay is planned for sun, sea and sand (and a little jerked chicken), she is open to exploring more.