Get into the spirit music with 'Duppy' bands 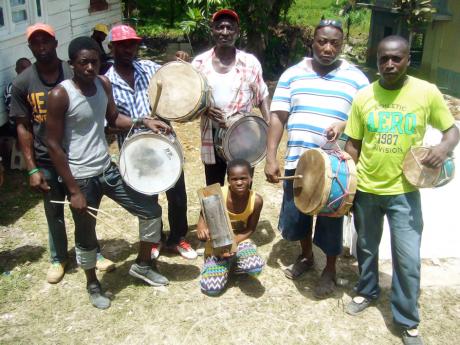 Paul Williams
The Heart of the Stone Gerreh Band from Westmoreland is one of the few keeping traditional wake music alive. 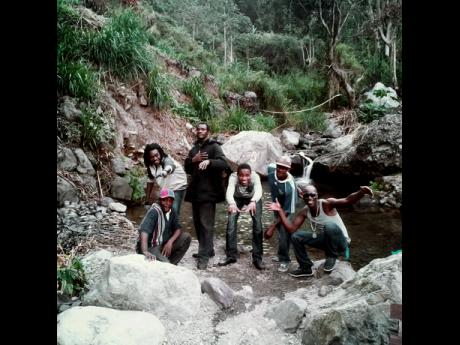 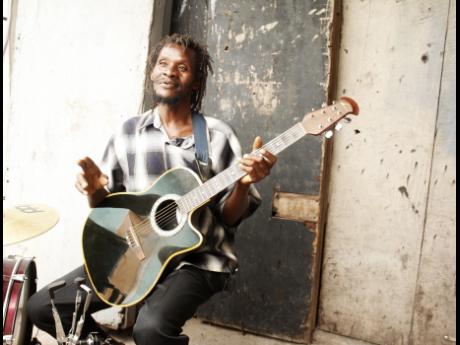 Stephanie Lyew
Sherman Wright, one of the founding members of Night Vibes Band popularly called 'The Real Duppy Band' out of St Thomas.
1
2
3

Today we close our 10-part series Band Stand focusing on the tradition of Duppy bands.

Traditionally, 'nine-nights' or 'dead yard' give people the time to gather and mourn the death of a loved one. There is food bread is baked, fish is fried, and old-fashioned chocolate tea boiled while the rum would be overflowing.

However, much that tradition has changed by shortening the gathering from nine nights to having one big celebration on the ninth night. The only feature of the tradition that has remained is the revival-type music and the dancing that make the occassion more of a celebration.

According to Sherman Wright, one of the founding members of Night Vibes Band, popularly called 'The Real Duppy Band', bands playing a variety of songs including gospel, mento, and reggae, are a staple at nine-nights.

"In the past, it was a sad story when someone died. But now, it's more like entertainment. it's a social where people come to meet, greet, and be entertained by the band, which makes a real difference," said Wright.

"I would not even compare our style of playing to the revival music. we call it Chekeh Chekeh, which is a mixture of ska and mento music styles," continued Wright, whose band is from St Thomas.

There are some bands that are accompanied by dancers who perform the Dinki Mini (for the celebration of the life of the person who has passed) and Kumina (to invite the spirits of the ancestors to guide the person to rest).

The Night Vibes Band revealed that the band changed to a 'duppy' band in 1990 after participating in a nine-night for a member of their community of Hagley Gap, located a few miles away from the Blue Mountain Peak. The band was originally formed as the Blue Mountain Youth Club Band and comprised a guitar player, bass player, keyboardist, drummer, and vocalists.

"The band was often accompanied by Greg 'Solo Tall Boy' Edwards, popular for being extremely tall and the way he dressed to perform. when he steps in, the people always shout, 'see the duppy dem a come here!'" said Wright.

He believes that the comedic acts of Solo Tall Boy kept the mourners' spirits high while the music would put some individuals into a trance.

"We are spiritual people, a spiritual culture, and it was not strange to see people get into spirit or fall into a spirit what we call more of a trance," he explained.

The drummer is the person who is charged with taking the lead as it is said that the instrument, when played properly and to the correct beat, will have control over the spirits.

Kamar Coombs, manager for the band, added, "Along with Solo Tall Boy, the band's drummer, Omar 'Prince Jazbo' Spaulding and Charles 'Soft Mouth' Wright, who had powerful vocals, were the three main highlights."

He added, "Even without Solo Tall Boy, who passed after performing at a nine-night, the band is still in high demand in rural and urban areas."

The only challenges, says Wright, is that many of the team members live in rural communities and there is not much time to rehearse.

"It helps that it is not a well-organised set, and most are just a lovers of music, but you find the younger members using it as a career," said Wright.

There are currently enough members for the band to split into two on any night if more than one booking is scheduled. Some funeral homes have even added sourcing a 'duppy' band to their offerings on the day of the funeral.

There is not much competition among the 'duppy bands' for nine-nights, the only other popular group known as the Heart of Stone Gerre Band.

Send your views to entertainment@gleanerjm.com