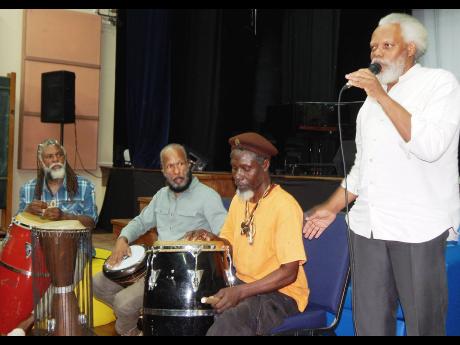 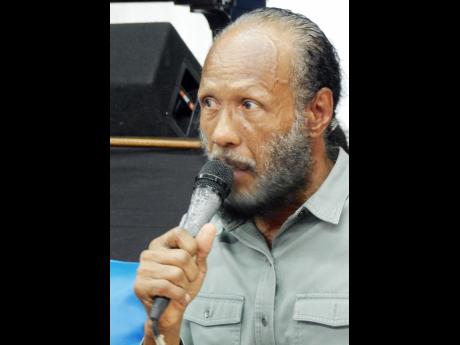 Former Third World percussionist Irvin 'Carrot' Jarrett has died at the age of 69. Jarrett died earlier today at the Andrews Memorial Hospital in Kingston. He fathered five children and was married to his soul mate, Alisia Jarrett since 2013.

The death of the musician was described by communications specialist Coleen Douglas as “completely unexpected.” Douglas told The Gleaner that it is believed that he transitioned peacefully.

His widow was in no state to speak directly to the media, but wanted persons to know that Irvin passed peacefully.

Jarrett's former Third World bandmate and friend, Michael ‘Ibo’ Cooper, said “having consulted with the family, Carrot’s death, though sudden did not sound painful as up until this morning he only appeared to have fallen asleep and passed serenely.”

Cooper and Jarrett met prior to being members of the Grammy-nominated reggae band. Cooper said “he is my brother and if anything he was a master drummer that contributed a lot to music and specifically the National Dance Theatre Company.”

The musicians met in a Physics class during first year at the University of the West Indies (UWI), Mona, before working together in the Inner Circle band and then Third World, where the two collaborated to write the 1979 single, '[Always Around'. Many persons classify it as a romantic love song, but Cooper said “the song was for his son, Ard Jarrett, and he first sang it to me on a boat in Guyana so that I could help him with the bridge.”

Jarrett spoke religiously about the healing powers of music on the programme 'Living Well', which was aired on Thursdays midnight until 5 a.m. on RJR 94 FM. He was passionate about his career as a naturopathic holistic health practitioner. According to Douglas, “he showed no signs of being unhealthy or ailments and conducted his radio programme as recent as last week.”