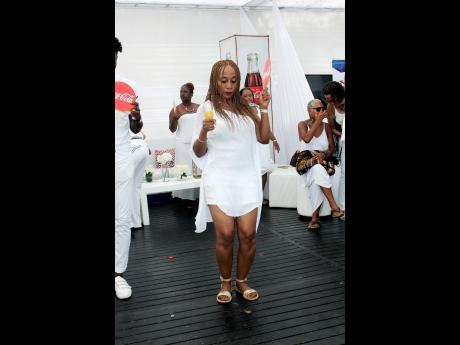 Stephanie Lyew
Recording artiste Nadine Sutherland is in a world of her own as she dances to some 90s rhythms at the Pelican All White Breakfast Party. 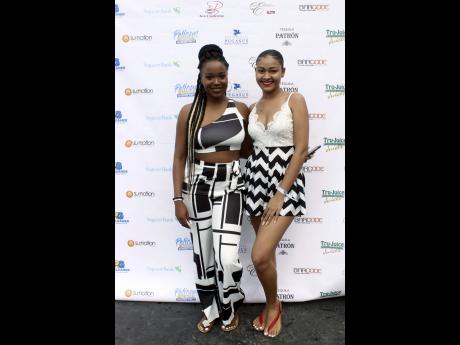 Stephanie Lyew
Karissa Palmer (left) and Abigail Johnson mixed it up a little with the colour code. 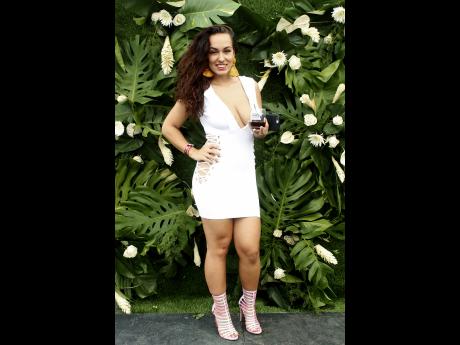 Stephanie Lyew
Nothing could stop Veronika Sramata from wearing heels (especially when they looked so good) to the Pelican All White Breakfast Party last Saturday. 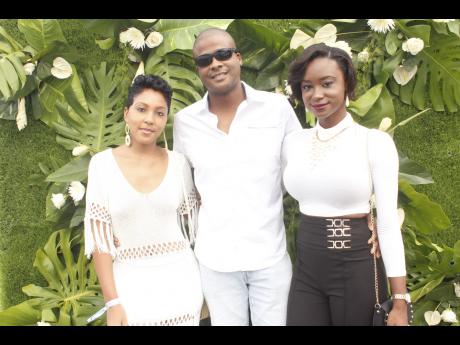 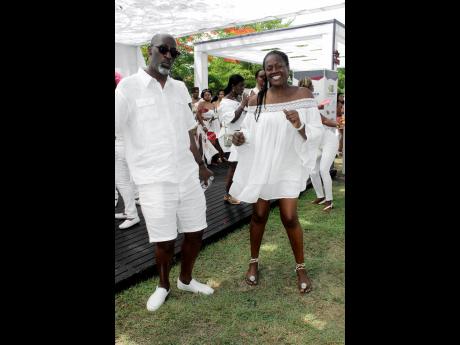 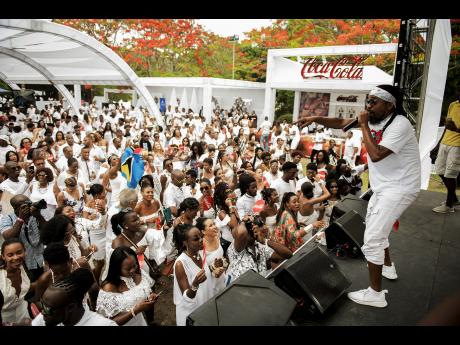 Gladstone Taylor
Machel Montana had the crowd in a frenzy. 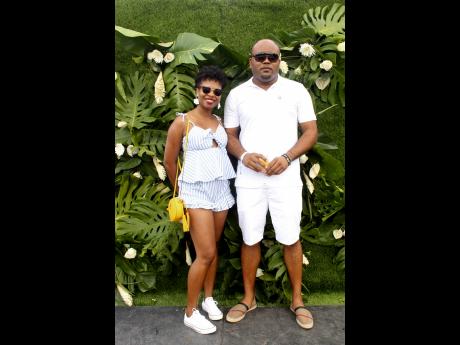 Stephanie Lyew
Jonelle Campbell and Dean Chin come out for the fun of the Pelican All White Breakfast Party.
1
2
3
4
5
6
7

On Saturday,  Sunnation Jamaica went all out for UWI Chancellor’s Week - hosting an elegant breakfast party at the Oriental Gardens at the University of the West Indies.

Dressed head to toe in white, each patron was guested upon arrival with mimosas and tasty cocktails. They wasted no time moving their bodies to the beat. The pumping beats from the huge sound system could be heard from as far as the main parking lot from which some persons were being shuttled. The disc jockeys - Lantern with his fiery playlist and Coppershot’s finest - Marc Chin and Cyclone, had patrons dancing up a storm as early as 6 a.m. through to the afternoon to a heavy diet of music ranging from 90s dancehall and hip hop to  high energy soca.

Speaking of 'heavy diet', mammoth-sized tables of scrumptious breakfast delights such as pancakes and scrambled eggs served with a number of palatable continental favourites; iced Frappuccino coffees from Brew’d Awakenings along with the Trinidadian-style daybreak dishes and good ol’ Jamaican menus options, had many sneaking away to the food court to  awaken their appetites with all the savoury offerings.

Light showers provided a sense of calm as the sun began to dance directly above the venue and as partygoers discovered areas nestled in the Oriental Garden next to the Mona Visitors’ Lodge.

Then just when they thought the morning could not get any better, the hyperactive Machel Montano blazed the stage and had them up and about, dancing all over the venue and waking up the party animals in those who were seated or busy socialising.

Renaissance's Jazzy T supported Montano on the ones and twos while the artiste directed the partygoers to move to the hype beats dished out by the disc jockey, which not only included his soca hits Like Ah Boss and Fast Wine, but dancehall tunes such as Dexta Daps' Shabba Madda Pot and Busy Signal's Stay So.

There was also a 'selfie' station equipped with props provided by Sagicor Bank, which had everyone wearing a smile or a pout for the printed memories, reminding them that these are the scenes from the Pelican All-White Breakfast Party, which added to the weeklong celebration of music and culture of the Caribbean by the University of the West Indies.