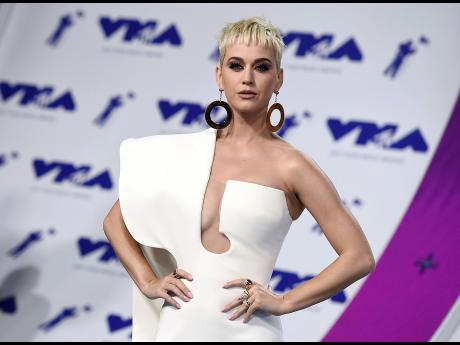 Katy Perry has visited an eight-year-old girl who was forced to miss a concert after undergoing surgery on a brain tumour. The 33-year-old singer decided to visit Grace Moores - who had brain surgery last week after being diagnosed with a tumour in April - because she was unable to attend Katy's concert in Adelaide, Australia, on Monday.

The meeting was prompted by a tweet from Grace's 16-year-old sister Tiana, who wrote: "RETWEET PLEASE! my baby sister is meant to attend @katyperry concert in Adelaide this year but was diagnosed with a 6cm Brain tumour and has been battling all year, Grace has love and been Katy's biggest fan since she was 3, please help us try and get in contact with @katyperry xx (sic)."

The post had more than 20,000 retweets and Katy's reps got in touch with the family earlier this week. And following the emotional meeting, Tiana returned to Twitter to detail the magic moment. She wrote: "WE DID IT (sic)"

Tiana also shared a snap of the duo, writing: "GUYS WE DID IT! @katyperry just visited grace! She's truely amazing and such a sweet person this was truely amazing! (sic)"

Meanwhile, Katy - who has as many as 70 million followers on Instagram - also shared a clip of herself with the family, calling Grace her "new merch model". The Roar hitmaker asked Grace to name her three favourite songs, before performing an acoustic set for her using two guitars.

Meanwhile, Katy previously revealed she's made a conscious effort to make herself relatable to her young fans. The singer - whose real name is Katheryn Hudson - explained: "That's the point of this whole thing, if people can see I'm just like them then they can dream just as big. I'm a bit more nerdy than everybody thinks I am, I'm a big goofball. The fantasy of Katheryn went into Katy and made this bigger than life personality."