One Love, One Family, celebration of Jamaica 56 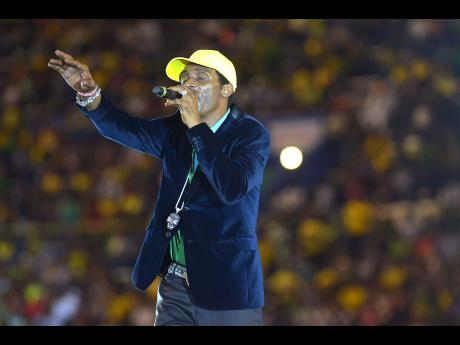 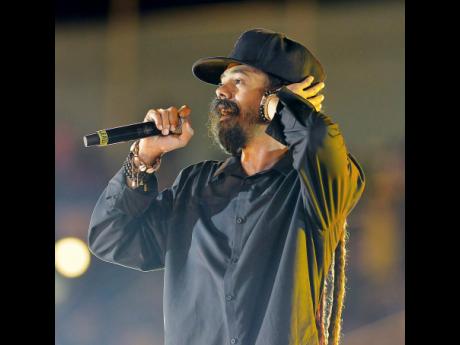 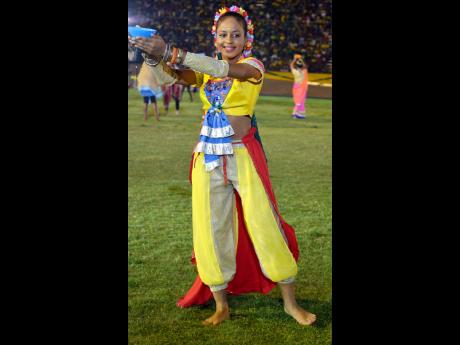 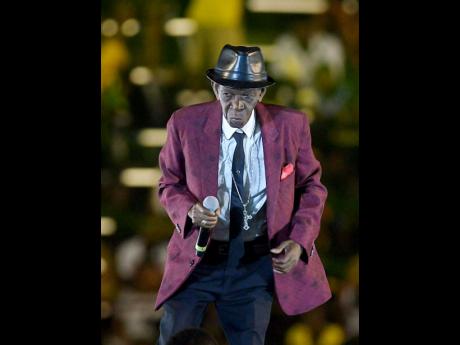 Kenyon Hemans
Stranger Cole performing his popular ska number in a not to Jamaica's musical history. 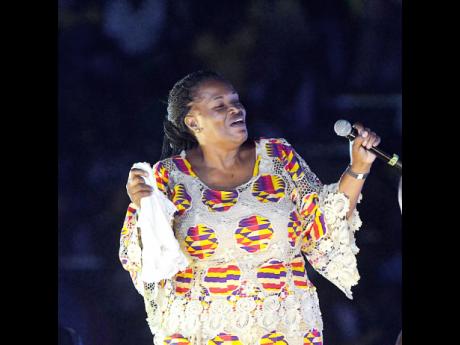 This year's Grand Gala's overarching theme was One Love, One Family, and attracted approximately 30,000 attendees.

The packed stadium was focused on the midfield filled with performances as they outlined the development of Jamaica - from the discovery of the Tainos, through to the tragedy and conclusion of the slave trade and then, of course, the nation's Independence.

There was also the necessary inclusion of live performances by artistes who offered party-themed reprieve from the retelling of the island's story.

Out on the grass, Tainos frolicked with baskets and bins until Christopher Columbus and his sword-bearing Spanish settlers sailed ashore from Europe. Soon after, well-costumed British soldiers sped on to the field to demonstrate their victory and conquering of the land in the 17th century.

The African slaves' arrival was punctuated by a blast of fireworks, and their performance was supported by the drumming and singing of the Accompong, Charles Town, Moore Town and Scott's Hall Maroons. There were also notable contributions from the National Theatre Dance Company, who performed an emotive choreography titled 'The Crossing'.

Notably, the retelling incorporated the global migration crisis with the refreshing inclusion of the era of the Windrush generation.

Perhaps to lessen the blow of the unfortunate circumstances past, the interpretive dancers' performances were interspersed with that of lively, local musical acts.

The concert stage opened with gospel - starting with the energetic Sister Pat. Her medley of revival-style choruses had flags waving and vuvuzelas blaring with responsive, receptive vigour. She was followed by Kukudoo, who maintained with another high-energy set.

The gala also made room to honour purveyors of indigenous Jamaican music - with specific mention of the ska and reggae genres.

Stranger Cole and Richie Stephens were issued citations giving accolades for their involvement in the growth and popularity of ska music by Prime Minister Andrew Holness and Minister of Culture, Gender, Entertainment and Sports Olivia Grange.

Backed by Ruff Cut Band, Cole flitted across the stage singing and dancing to his hits, including Rough And Tough and Run Joe. Stephens was also given his time. In company with the Ska Nation band from Italy, the artiste showed off his Italian language skills and his innovative approach to production with the new genre, ska-tech.

The concert continued with support from multi-festival song winner Tinga Stewart, who sang hits like Play Di Music and Nuh Weh Nuh Betta Dan Yaad; Wayne Marshall, who sang hits like Overcome, Stupid Money and his most recent sensation, Glory to God; and Sanchez who displayed his well-known greatness.

There was also a surprise citation issued to Damian 'Jr Gong' Marley. A multi-Grammy winner, he was recognised for his involvement in the growth and popularity of reggae music. The reggae singer was escorted to the field alongside Grange and his mother, Cindy Breakspeare.

In another surprise, after giving a succinct thank you for the honour, the artiste grabbed a mic and made way for the stage. The crowd railed to his Welcome to Jamrock opening, and exploded into delighted screams during the opening chords of Affairs of The Heart.

Still, fittingly - and in keeping with the theme - Jr Gong closed the show with a rendition of his father's iconic song, One Love, to wish Jamaica a happy 56.