Music and More | Order of Slackness! 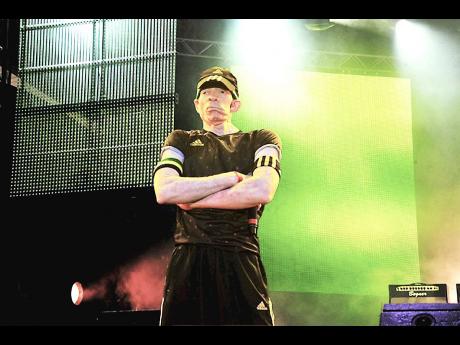 "Where does slackness come from.

But a mi dem a put de blame pon

Where does slackness come from

But nobody nah ask Yellowman."

I am surprised that there has not yet been a hue and cry over Yellowman being named an intended recipient of the Order of Distinction in the class of Officer - said hue not being over the albino's complexion, but his considerable reputation for 'slackness', especially in his earlier days.

This was before the covers of Fats Domino's Blueberry Hill and Three Nights a Week in the 1980s moved him into the ranks of greater R&B respectability. Maybe as the list was announced last week and there have been other pressing issues on the national psyche - gas prices, Petrojam job runnings, the sliding dollar, Jamaica '56, drought - it has not yet sunk home that the man who gave thanks for the 'breeze that blowses though the treeses and lifts up the young girls' dresses above their kneeses', will have the insignia of the National Honour settle around his neck in October.

And maybe it does not make a difference as the thick edge of the wedge has already been inserted in the form of one Rexton Ralston Fernando Gordon, who is wont to introduce himself on stage with "a me man! Big dutty stinking Shabba!". After National Heroes Day 2016, he had the right to amend that to 'big dutty stinking Shabba, Order of Distinction!", as he was so honoured that year. This is a man to whose Love Punaany Bad and Needle Eye P** P** I have enjoyed many a rub-up with an equally delighted young woman in a dark place with speakers piled up to the sky.And there we have the rub of it. Shabba Ranks and Yellowman, well known for overtly sexual content, which is dubbed 'slackness' (although Lady Saw did ask for a definition of said slackness), have provided so many of us with so much pleasure that we cannot deny them honours without denying ourselves.

Additionally, we cannot deny an impressive intestinal fortitude in them clawing their way from the lower socio-economic classes to a standard of living enjoyed by very few Jamaicans and having an avenue of expression that traditional media providers should envy. In addition, there is the matter of degrees of slackness - the current standard remains Kartel (although it must be noted that the sensuous is only part of his prodigious output, whether standing at a bar or behind bars). All else pales to the ability of the paled one and hence becomes a little more palatable.

He is not being honoured for having guts, but it is especially true in the case of Yellowman, who had the double jeopardy of being a 'dundus' (albino) and poor, plus cancer issues that have changed his facial features considerably. While he is not being honoured for his strength of character, it is part and parcel of the dancehall superstar's output in concert and on recordings. If he was a weaker man, he would not have made it in the first place, and, having got to prominence, Yellowman would have been crushed by cancer.

There is another factor as well. Should Shabba Ranks and Yellowman be forever assessed by their output at earlier stages in their music careers (which a younger generation may not know much about and care even less to know) when they have gone on to greater maturity? On the flip side, there are those of us who have enjoyed their carnal creations as youngsters who are now older and may want to forget that we, too, were once constituents of that state of slackness. I can't.

Still, it would do some good for a public education campaign on the selection process for persons involved in Jamaican popular culture being selected for national honours to be conducted. The nominations for the reggae category of the Grammy Awards cause great concern year after year, and that is an American award. The National Honours are under our control, and maybe they should not be the preserve of a select few.