J'can viola player tours with The Orchestra of the Americas 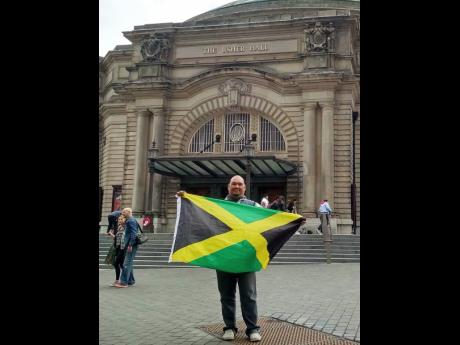 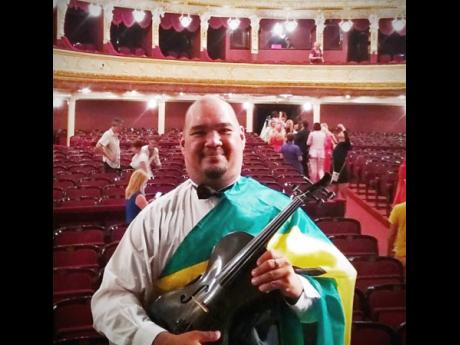 Contributed
The National Youth Orchestra of Jamaica's (NYOJ) Darren Young with his viola inside the National Opera and Ballet Theatre, Odessa, Ukraine. 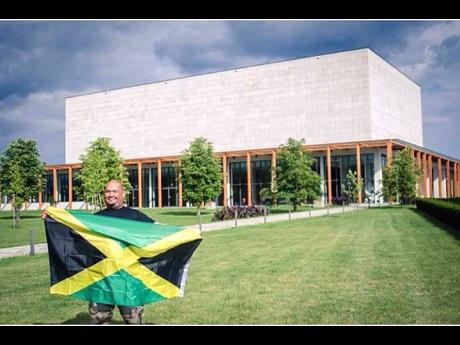 Contributed
Darren Young flies the Jamaican flag outside the Krzysztof Penderecki European Centre for Music, Zakliczyn, Poland, during his summer 2018 tour with the YOA Orchestra of the Americas.
1
2
3

For the third time in its 16-year history, The Orchestra of the Americas, has recruited a Jamaican into its ranks. Darren Young, viola player and musical director of the National Youth Orchestra of Jamaica (NYOJ), recently wrapped up a continental tour with the prominent big band and has returned to Jamaica with refreshed purpose. From July 5 to August 8, this year's summer tour travelled through Poland, Ukraine, Germany, and the United Kingdom.

"As the musical director of the NYOJ, this tour has inspired me to work more diligently with the students and has also given me a wider network of musicians and orchestral administrators who can offer us musical and pedagogical guidance as we continue with our mission: shaping lives through music," Young told The Gleaner.

The Orchestra of the Americas comprises 80 musicians from more than 24 countries. It has performed in 33 countries and has hosted more than 1,250 musicians. The orhestra  connects the upcoming generation of musical leaders with prominent musicians such as world-famous cellist Yoyo Ma; tenor and conductor Pl·cido Domingo; and Krzysztof Penderecki, Poland's greatest living composer, while allowing them to showcase their own talent on concert stages around the world.

Young's participation was made possible through the National Youth Orchestra of Jamaica (NYOJ) and Dr Nigel Clarke.

"We began the tour at the Krzysztof Penderecki European Centre for Music in Zakliczyn, Poland. There, we rehearsed the repertoire for the tour, recorded several works, and gave concerts," Young told The Gleaner. The tour repertoire focused mainly on triumphant themes from North American composers such as Copland, Bernstein and Barber and South American composers, such as Chavez, Villa-Lobos, and Montero. "But we also performed works by European composers such as Penderecki, Skoryk, Tchaikovsky, and Strauss," Young clarified.

"I was privileged to be able to perform in a chamber group with Leon Spierer, the past concert master for the Berlin Philharmonic Orchestra. We were also privileged to perform at the Sinfonia Varsovia Concert Pavilion in Warsaw, Poland."

In Ukraine, they performed at the Lviv Philharmonic Hall, the country's National Opera House in Kyiv, and the National Opera and Ballet Theatre in Odessa. "We then performed in Wiesbaden, Germany, at the Kurshaus Wiesbaden. The highlight of our trip came next with our performance at the Elbphilharmonie in Hamburg, Germany," Young said. "There, we performed Symphony No. 3 by Aaron Copland, Sinfonia India by Carlos Chavez and the piece de resistance - the Latin Piano Concerto, written and performed by Gabriela Montero. All three works were well received," Young said. The final stop was Edinburgh, Scotland, at Usher Hall, as part of the Edinburgh International Festival.

The first Jamaican musician to perform with The Orchestra of the Americas was viola player Gabriel Walters during their Caribbean tour four years ago, which made a stop in Jamaica. The orchestra hosted two concerts at Emancipation Park, another at Church on The Rock, and another at the Montego Bay Convention Centre. The second was violinist Jovani Williams who, at 19 years old, was chosen for the 80-member troupe from a pool of 1,300 potential recruits.

Young intends to double his efforts in training the NYOJ. "Currently, one of the viola students is representing Jamaica at the Luzerne Music Festival in upstate New York. It is our dream to see our Jamaica take its rightful place in the world as a centre for all music," he said.