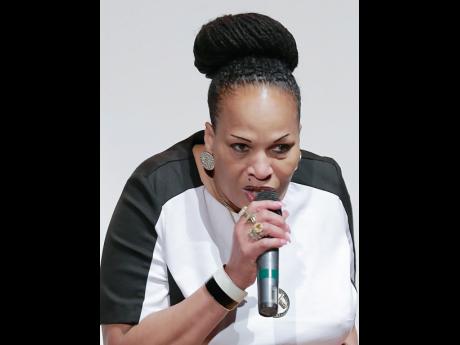 In 2016, internationally renowned singer Sister Nancy, was honoured by the Queens of Reggae Island Honorary Ceremonies (QORIHC) for her contributions to the music industry.

Come August 24, it will be Sister Nancy's time to give back as she partners with the QORIHC to host a charity concert. Set to take place at Strathairn Ave (off Ruthven Ave) in New Kingston, the event will be the veteran singer's first up close and personal live show in the island in more than two decades.

With Sister Nancy making very few appearances, and even fewer as the headline act, organisers are expecting the show to be an unforgettable experience for patrons. Laurell Nurse, one of the concert's chief organisers, told The Gleaner that the concert will take guests on a trip down memory lane. "She was the first ever female deejay long before Lady Saw and the others. In her time, all you could hear about was Sister Nancy so when the people come out, especially the people from her age group, the nostalgia alone will make them excited," she said. "Over the years' she has also managed to keep herself modern and people who are not from that era when she was in her prime, will appreciate her sound and her music. I'm sure everyone who comes out will at least know 'Bam Bam', one of her biggest songs so they can sing along and have a great time."

Nurse said Sister Nancy was excited to be a part of the show especially because of the cause. "When we asked her she didn't hesitate. She was ready to do anything she could to help with the cause," she said. "Some of the proceeds from the concert will go towards a scholarship for a young woman in nursing school. She's an exceptional young woman and she is financially challenged. We will also be contributing to the Gregory Isaacs Foundation as well." She encouraged persons to support the event as tickets only cost a $1000.

Kim Nain and other up and coming talent will also be providing entertainment on the night. "It's a nice intimate garden setting I'm sure people will appreciate. The vibe will be nice, good music and good company," Nurse promised.

Sister Nancy told The Gleaner that she was excited about her up coming performance, and promises to give patrons their money's worth and then some. She says persons should come out and enjoy an evening of quality entertainment with her as the leading lady.

Tickets can be purchased at the venue or at Pulse Headquarters at 38 Trafalgar Road.