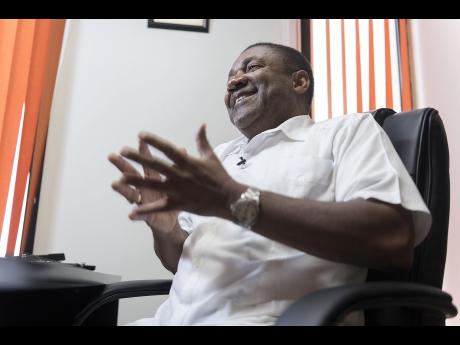 Gladstone Taylor
Having attended over 20 carnivals across the region, Paulwell considers himself a true bacchanalist. 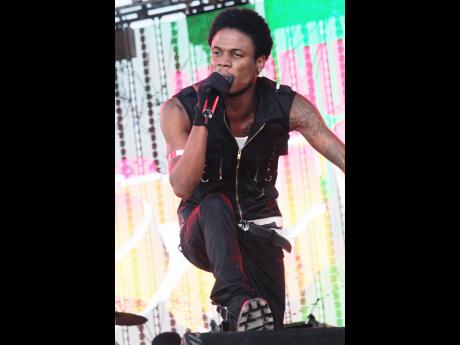 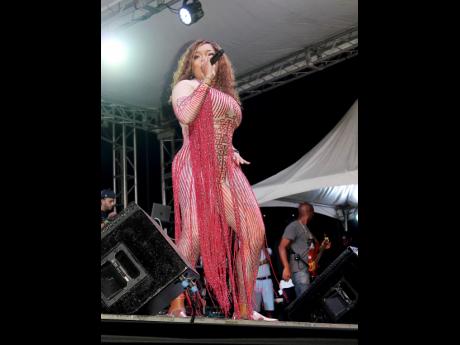 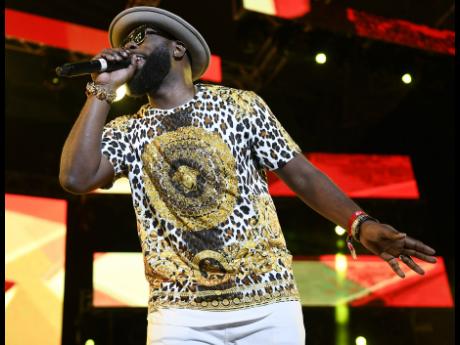 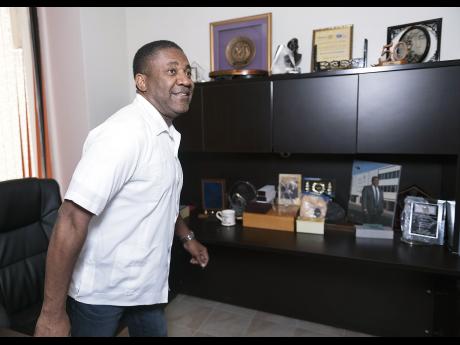 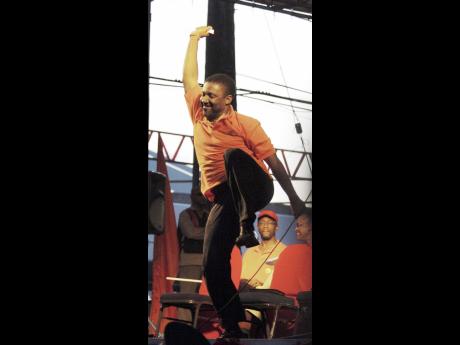 Opposition Spokesperson on Energy and Mining Phillip Paulwell has been to approximately 20 carnivals in the past 23 years - essentially the same number of years that he has been involved in politics.

"I believe in balance. I do not consider myself a workaholic, but I do spend a lot of time as a minister and member of parliament putting in the work because I see the results I get from hard work," Paulwell told The Sunday Gleaner. He added, "Similarly, I am a person that believes there should be time for fun and enjoyment, and I do have my fair share, especially during the different carnival seasons."

He says that it is one of the things, next to yoga, that helps him to maintain a youthful appearance and positive outlook on life. Sharing his soca sentiments, he recalls, "The first two years of Jamaican Carnival, I took part [in costume], but I think my constituents did not like the idea of seeing me like that." But it was all in good fun.

While speaking to him, a few unbelievable stories of his carnival experiences in the twin islands seeped out, including him getting lost in a cemetery. He even mustered up the courage to show off his 'flairy' skills. "Music and dance or dancing to music are stress relievers," he confessed.

A candidate in the upcoming vice-presidential elections for the Peopel's National Party, Paulwell uses different genres to relax, depending on the task ahead. "If I am going to participate in a rally, then the more up-tempo reggae, and, of course, soca, puts me in an energetic frame of mind. But on other occasions - like a presentation in parliament - I listen to soothing, even religious music to calm the nerves," he reveals.

Describe your taste in entertainment.

PP: Some years ago, I bought a portable karaoke set so that while travelling to and from work, I would have a form of stress relief by singing - even though I have no talent in that area. Nowadays, I watch a lot of series on TV and use yoga as my main outlet. I am a 'bacchanalist', one that enjoys carnivals, J'ouvert, and listening to music by Machel Montano, Destra, Kes, Fay-Ann Lyons, and Bunji Garlin, among others, in and out of season. I do also take an interest in reggae and dancehall events. I am well-exposed - from the classical to the hard-core musical genres. I can listen to Andrea Bocelli, featuring Sarah Brightman, and quickly shift the playlist to a track by Masicka.

PP: Entertainment at the various levels is indispensable to the political arena, especially if you want to be in touch with the young people, and middle-age and elderly persons also take an interest in it. It is equally significant to political campaigning as there is a huge amount of entertainment that goes into it or else it would be boring. Any politician who does not appreciate the value of our country's entertainment our music, dance, and the likes - will not survive as they will be regarded as a terrible bore.

What do you think is the most fundamental issue affecting our entertainment industry?

PP: Having worked with a number of artistes, I have observed that distrust among persons in the entertainment business, including the entertainers, legal representatives, managers, and agents is largely affecting its progress. That distrust has prevented our music from reaching its full potential of wealth creation. we have not advanced as much as we should. Consider, for example, reggae music as a worldwide-accepted music genre. I don't think we benefitted sufficiently from it because of the discord as well as competition rather than cooperation. I believe if we can get this corrected, the industry will have a tremendous future.

PP: I hate being immodest with regard to my main competitor as I am a dancer. I can adapt to any musical genre and know the new moves, rating myself at an eight on a scale of one to 10, and after two cups of Appleton and Coca-Cola, I am definitely a 10. I have seen our prime minister doing the shoulder fling, but I do not get to see a lot of politicians within the party space to be a fair judge of their dancing skills. There are a few good singers, including Robert 'Bobby' Pickersgill, and Horace Dalley can hold a note, but the real songbird and best among male and female would have to be my campaign manager, Natalie Neita Headley.

PP: An entertainer with a nice body. I had the opportunity to see her perform in Trinidad and happen to like some of her songs such as Halo.

PP: Romantic balladeer. Definitely one of my favourite singer-songwriter of love songs.

PP: Another one of my favourite reggae-dancehall artistes. He is down to earth, spiritual and deep a raw talent that can span the range of music within our culture.

PP: The best entertainer the world has ever seen, and there is no one there that can match him as a singer, dancer, and musician, nobody as complete as MJ.

PP: Oh, Minister! But, anyway, overall, she is a dynamic entertainer. she has always been able to transform herself quite well.

PP: He is a very intelligent and talented dancehall artiste. I hope that for him, these issues are not true and that that could be revealed out of the appeal. Otherwise, it is a big loss to the entertainment industry.

If you were a recording artiste, what type of experience would you like to have?

PP: I would be in the mode of a conscious reggae artiste like a Chronixx. Not venturing anywhere near gun-promoting lyrics because of a need to create music that can be better served to uplift the country. I'd want to contribute music that makes our people happy.