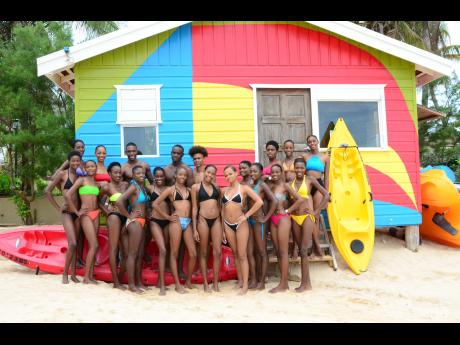 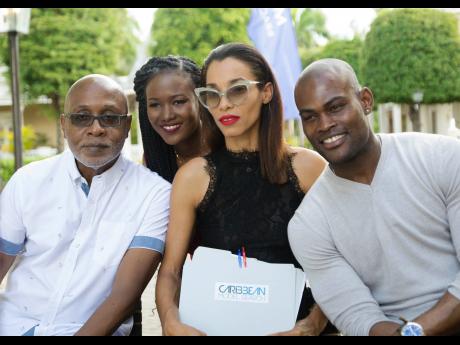 Men wanting to take aim at international modelling will get a chance to compete for the top title in the new edition of Pulse's Caribbean Model Search Reality TV. The long-running TV series will highlight male models for the first time in its production.

At the same time, the taller 'fashion' girls and a cadre of petite models are among an outstanding group of competitors in this year's television event.

The show, which premieres tomorrow, September 14, at 9:05p.m. on TVJ, was shot on location at Melia Braco Resort Village. An ideal backdrop for the activities, challenges and photo shoots, the expansive Melia property had ample options for beach battles as well as tough physical pursuits, which were all in the mix for the 20 competitors.

With more than half the contestants in the competition not able to swim, the pool at the level area of the resort proved perfect for the drama of the dreaded water challenge to unfold.

As the hopefuls take aim at the title with the ultimate goal of starting international modelling careers and becoming Pulse's next superstar, an interesting character development occurs over the life of the series. The intrinsic confidence markers that are undoubtedly wrapped in true the Jamaican spirit shine brightly through the competitors in the show.

Each girl and guy spout their winning mentality and model prowess in an effort to demonstrate the crucial 'it' factor which they believe will take them to the top.

However, Pulse's newest initiative, the School Model Search, gets a look in to the series with an unexpected twist, throwing caution to the wind for the established Caribbean Model Search set.

Pulse said that the historic 'first' of the men competing against the women come into sharp focus on the show. It said that viewers will be highly entertained by the dynamics and competitiveness among the sexes.

Outstanding Jamaican supermodel Oraine Barrett flew in from his New York City base to be a judge on the show. Regularly featuring its top women models, Barrett as judge is another break from tradition in the series. But, his successes over several years working for major fashion marks like Ralph Lauren and Nautica, as well as his top-10 ranking in America in the burgeoning health and fitness industry, amplify his bona fides as an authority to determine who should get a shot at stardom.