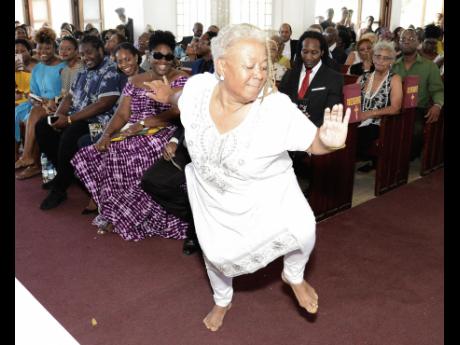 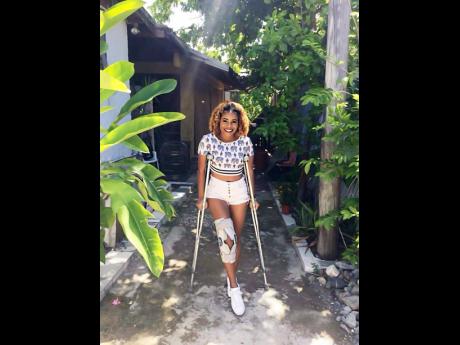 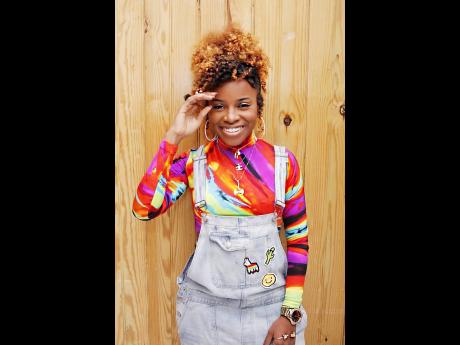 When a popular dancer's social media goes a little quiet, it is likely they are tied up in airport lines or busy leading classes, with no time for photographs. But for Amanyea Stines, her silence was due to the most unfortunate reason for a career dancer an ailment affecting the ability to dance.

Earlier this year, Amanyea( was diagnosed with osteoarthritis (wearing down of the cartilage at the end of bones) and synovitis (inflammation of the membrane lining joints that have cavities). "My initial diagnosis is any dancer's nightmare. After going to four different specialists in the past year, I finally got an MRI done. I had a flap of cartilage that needed to be shaved down. I went in for what may seem like an hour-long surgery, tops. I came out four hours later," she told The Gleaner.

Unfortunately, those four hours, meant to fix one issue, uncovered another. "When they went in, they found out what I had really going on is anyone's nightmare. It turns out I had grade four chondromalacia (deterioration and softening of the cartilage underneath the kneecap)."

Steadfast on the road to getting her groove back, Amanyea pushed through fear and pain to go back under the knife. "I had arthroscopic surgery done, debridement and micro-fracture of the femoral sulcus and patella. I lost 17lbs post-surgery. I was told I would have problems even walking, much less dancing," she shared.

"Social media only sees the semi-hard parts of my journey, but I went through a lot more than I chose to share. I was bedridden for six weeks and sent to hospital because of bad reactions to the pain medicines," Amanyea told The Gleaner. Consequently, she journeyed through a great deal of post-op without pain medication.

Eight weeks post-operation, the weakened dancer began physiotherapy. "It was mostly low impact exercises. I started with the basics - leg raises, bend and straighten, no walking at first. Then, as time passed, I started walking., still in crutches, then I moved from two crutches to just one. I apparently moved a lot faster than expected," she said. It took Amanyea three and a half months to start walking on her own two feet again, even though doctors initially expected a recovery time of six to nine months.

As her journey continues, Amanyea does aquatic therapy with Therapy by Terri, along with low impact exercises. "I am lucky to also have a physiotherapist, who is also a friend. She was uplifting; pushes when I need it and always has the right words to say," Stines said.

Now back on her feet without crutches, Amanyea says "I am still in recovery and will be for a little while. I have some time to go. I am walking but struggle with 'normal' things still and I have pain here and there."

After enduring surgery and physiotherapy, Amanyea has moved on to the pains of breaking out as a recording artiste. As she continues to massage her knee back to full-\ function, the performer is pushing the pedal on her music career.

"I have been working on my music career for about four years now and I had my debut performance on August 22. I have major plans!" she said. On September 7 Amanyea released her latest single, Aye Aye, along with a music video. This follows the May 2018 release of Talk For A Little', featuring Jordanne Patrice.

"If I didn't have my friends, and my family around I wouldn't have made it this far. Especially my mother, Dr. L'Antoinette Stines. She did everything for me - bathe me, feed me, everything - when I couldn't myself," the rising singer told The Gleaner.

"I am still pushing and this is still very emotional for me. But my advice is use your support system as much as possible. I tend to be a loner, but during this whole process I realised how much I need my friends and family. It's okay to need help."