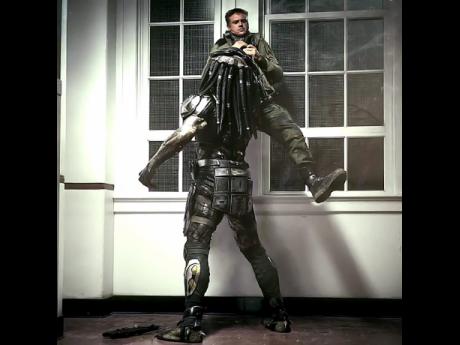 Contributed
Contributed A scene from The Predator.

If you've not seen the original 1987 Predator, starring Arnold Schwarzenegger covered in mud and fighting an invisible space hunter, then you have missed out on one of the most invigorating, well shot and intelligent (by comparison) action films of the 1980s. If you've not seen the subsequent sequels, you haven't missed much. The series was closest to capturing the originals magic with 2010's Predator, but by and large there has been a distinct lack of vision when it comes to one of cinema's best modern monsters.

Enter Shane Black, director of Iron Man 3, The Nice Guys and, most famously, Lethal Weapon, another iconic film *from 1987, believe it or not). His brand of brash, biting humour, and penchant for blood and gore are very present in this new film, simply titled The Predator. It is a film which is shoddily edited, haphazardly paced, but an absolute blast.

After a very abrupt opening in which a predator ship crash lands in Mexico, the film goes and never stops. It serves the film well, since most of it has a number of elements that are best served without any undue analysis. When you eat a hot dog you don't want to think too long about what it actually is. Otherwise,you wouldn't want to eat it. That's what The Predator is. The Hot Dog of movies.

You will bend over backwards to forgive the film's faults in the name of the sheer fun it's having. With the premise, the characters, and the action, the film doesn't take itself seriously in the slightest. In fact, it has some of the best physical comedy (an art form not paid enough attention to these days) that I've seen in a long time. And you will bend until you break, as the film forces you to do with its chaotic - and unyielding - last act that is nothing short of migraine inducing visual noise.

I liked The Predator. For the first two acts of the film, I laughed more than in any other film I'd seen this year. The action made me wince and though the once terrifying predator was reduced to a hyper violent prop comic (yes, seriously), I didn't mind. It's only when the film leans into its least compelling elements, the story and the emotional arcs specifically, that it almost feels like a waste of time.