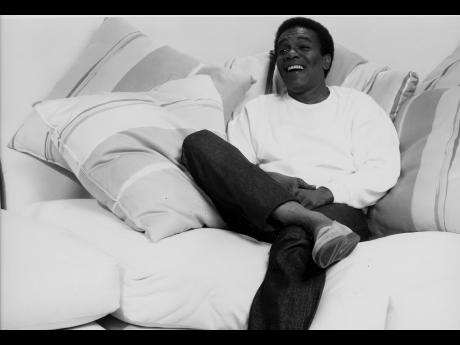 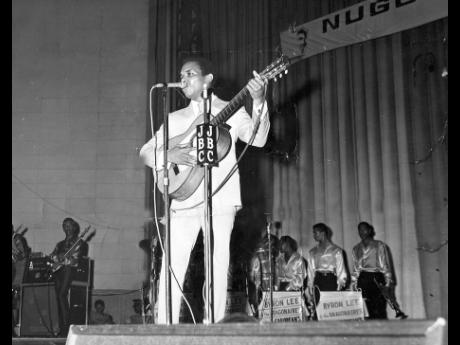 Gleaner photograph
Nash's career has had numerous ebs and flows but his contribution cannot be denied.
1
2

Another year in the life of Johnny Nash slipped by without much fanfare or flamboyant celebrations on August 19. However, at 78, Nash remains active, albeit on a subdued basis, with occasional tours.

Although not born in Jamaica, his contribution to early Jamaican popular music cannot be taken lightly or treated with scant regard. He was the first to record Bob Marley's compositions - Stir It Up, Guava Jelly, Comma Comma, You Pour Your Sugar on Me - and also has the distinction of being one of, if not, the first non-Jamaican singers to record reggae music in Jamaica. He did so at Federal Recording Studio in 1968 with the cuts Cupid - a Sam Cooke original; You Got Soul, and Hold Me Tight, the last becoming a hit on both sides of the Atlantic. It peaked at No. 5 on the UK singles chart that year and held a similar position on the US Billboard's Hot 100 chart, becoming the first ever reggae-rocksteady number to make the American charts.

The success of Hold Me Tight owed a lot to a promotional trip Nash made to Jamaica in 1967. The trip focused on promoting his 1965 US R&B top 5 hit, Let's Move And Groove Together, which was also enjoying enormous success in Jamaica in 1967. While in Jamaica, he was exposed to and was fascinated by Jamaica's rocksteady beat and duly seized the opportunity to record three songs at Federal Studios in Kingston.

Born in Houston Texas, his early life, like many other singers, was rooted in a church choir. His earliest exposure was by way of a television matinee show. It led him into the recording studio, where he had his first chart entry with A Very Special Love in 1958. That same year, the teenager began a career in films with a starring role in Take a Giant Step followed by Key Witness in 1960.

At the end of the 1960s, he formed a partnership with Danny Simms and created the JAD label, which released recordings by Bob Marley and The Wailer, Byron Lee, among others, until the label folded in the early 1970s. After a somewhat dull period, his career was revived with a cover of Bob Marley's Stir It Up, which peaked at number 13 on the UK singles chart in June 1972. Then came the brightest period of his career with his self-penned recording I Can See Clearly Now in 1972. It hit No. 1 on the US Billboard Hot 100 chart, No. 5 on the UK singles chart, No. 1 on Canada's RPM Top Singles, and No. 3 on Australia KMR. The song title also became the title of his most popular album. In addition to those two big hits, the album contained the Bob Marley compositions Guava Jelly, Comma Comma, and You Poured Sugar on Me.

The other big hit from the album was his self-penned There Are More Questions Than Answers, which took a philosophical look at life as Nash sang:

"There are more questions than answers

Pictures in my mind I will not show

There are more questions than answers

And the more I find out, the less I know.

Why is there so little love among men?

But what is life, how do we live?

What should we take and how much should we give?"

With these songs, Nash played a pivotal role in breaking Jamaica's reggae music in America, while bringing it to the attention of an international audience.

His career experienced another decline in the early 1970s but was again revived with a cover of the Ernie Smith composition I Can't Take It, which he conveniently renamed Tears On My Pillow in 1975. It became a big hit that generated enormous royalties. To my mind, Nash's move was perhaps one of the shrewdest in popular music history because although it rebounded to his credit, it was unfortunate for Smith, the writer, as the American doo-wop group Little Anthony and The Imperials also had a big hit with the same title, and the result posed a mix-up in the distribution of royalties, from which Smith claimed he did not benefit.

Apart from a hit version of Wonderful World - a Sam Cooke original - and Let's Go Dancing in 1979, Nash's career finally seemed to be on a downturn by the dawn of the 1980s except for a brief resurgence with the album Here Again in 1986, which was preceded by the minor UK hit Rock Me Baby. He remained active by occasionally recording some moderate hits in his hometown of Houston before devoting more time in later years to matters relating to personal business.