Aretha and Giants of Soul 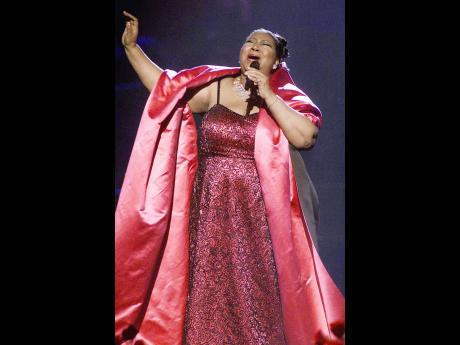 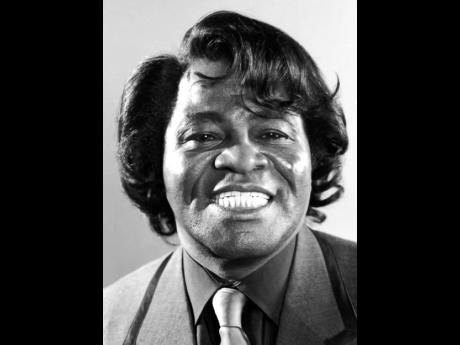 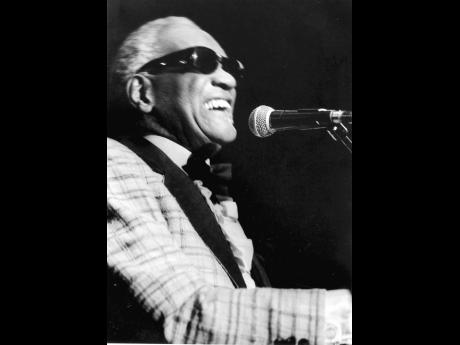 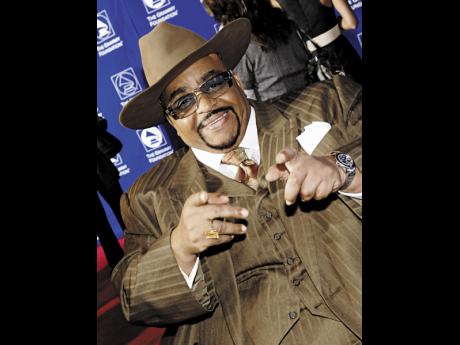 Talk about soul singers, and the name Aretha Franklin readily comes to mind. There were others before her like James Brown - dubbed the godfather of soul, Lavern Baker, Sam Cooke, Ray Charles, and Solomon Burke - all black entertainers.

The Church has been cited as the common denominator and more like a training ground for the career of these soul giants. Lavern Baker, born in 1929, was a soloist in her Baptist Church choir at age 12. Sam Cooke, born in 1931, grew up in the handclapping, spirit-filled church services of his travelling preacher father before cutting several gospel hits during the 1950s. Ray Charles, born in 1930, sang with the congregation at the Shiloh Baptist Church in his hometown. And Solomon Burke, born in 1940, owned his own church, named Solomon's Temple.

Franklin, however, seemed to have taken the genre to a new level when she came on the scene as an 18-year-old in 1960. Belting out a five-octave mezzo-soprano voice, she made her presence felt a year later with a gentle, bluesy, rock song called Rock A Bye Baby With A Dixie Melody for Columbia Records.

But her reaching such a level, even at this early stage, was not a smooth one. Born March 25, 1942, in Memphis, Tennessee, the Queen of Soul, as Aretha became known, saw her mother deserting the family when she was only six years old. To make matters worse, her mother died four years later. By then, her father, the Reverend Clarence Franklin, a flashy preacher who drove a Cadillac, had moved his family to Detroit Michigan and set up his New Bethel Baptist church, overflowing with congregations.

Accompanying her father on his out-of-town tours, Aretha was fortunate to get coaching from some of the best in the gospel field. She learnt piano chords from the Reverend James Cleveland and vocal styling from the great Mahalia Jackson, Clara Ward, and others. Franklin first appeared on record during her mid-teens as she traversed the gospel circuit with some top acts of the day. The voice of the soulful 18-year-old attracted the attention of Motown's Recording Company's boss Berry Gordy, who made an unsuccessful attempt to sign her. By then, Aretha had switched to secular recordings. While members of the church were critical of the move, her preacher-father's support quieted them. He further assisted her with her next major move: a recording contract with Columbia Records in 1960.

It brought her moderate success with top 10 R & B hits - Today I Sing The Blues in 1960 and Won't Be Long in 1961 - along with some stirring renditions under the titles Cry Like A Baby, One Step Ahead, and Sweet Bitter Love. The last piece, perhaps, brought out the best in the Queen of Soul as she sings:

Goes through my helpless fingers

what joy you taught me

What pain you brought me

Though short of stay

My magic dreams have lost their spell

Where there was hope,

Despite her apparent success at Columbia Records, Franklin's albums with the label failed to spark much interest, and her management team decided to move to Atlantic Records in 1966. Allowed to perform in her original 'church style', as against the pop-oriented standards that was heaped on her at Columbia, Franklin's career suddenly took off in leaps and bounds, resulting in no less than a dozen million sold and 20 No. 1 R & B hits between 1967 and 1971. During this period, and three years after, she created history with Grammy-winning performances every year for 'Best R & B Performance Female', copping 18 in all - the most by any female artiste. Franklin's 112 charted Billboard singles, 17 top-10 pop singles, 100 R & B entries, and 20 No. 1 R & B single, made her the most charted female artiste in history. In 1987, she became the first female to be inducted into the Rock and Roll Hall of Fame, and in 1994, received a lifetime Grammy award.

Her hits with Atlantic Records were her most enduring and the ones that revolutionised and reshaped soul music forever: I Never Loved A Man (The Way I Loved You), Respect, Baby I Love You, Chain of Fools, I Say A Little Prayer, Spanish Harlem, Eleanor Rigby, Don't Play That Song, Bridge Over Troubled Waters, You Made Me Feel Like A Natural Woman, and Track Of My Tears.

Franklin's career had a slight decline in the late 1970s, but it made a resurgence in the mid-'80s when she moved to her third major label - Arista. The move garnered more charted singles, including Jump To It, Freeway Of Love, Who's Zoomin' Who, and Ever Changing Times. She gave her last full concert at the Ravinia Festival in Highland Park, Illinois, on September 3, 2017.

Aretha Franklin - perhaps the definitive female soul voice, and one of the most important and influential voices in popular music was silenced on August 16, 2018. She had experienced health issues since 2010 and died at her home in Detroit, Michigan, from what was reported to be pancreatic cancer.