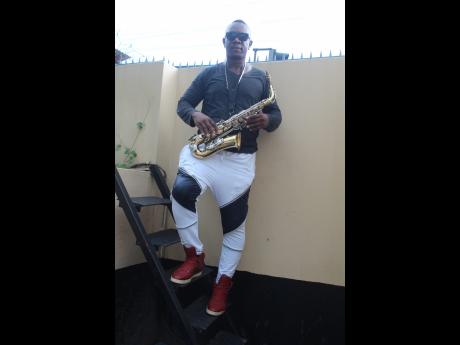 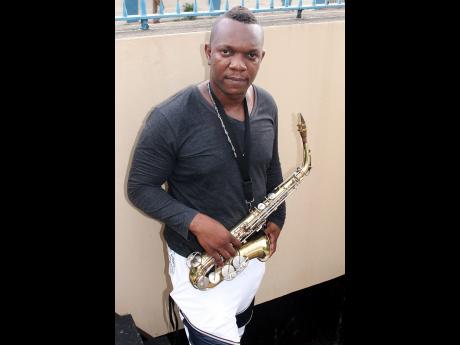 Stephanie Lyew
Corporal Gillespie is passionate about sharing his talent but knows how to strike a balance.
1
2

The group of curious onlookers gathered around 32-year-old police officer Andre Gillespie at the Transport Centre in Half-Way Tree. His weapon of choice was the saxophone, and he had those around him swaying from side to side to his rendition of Ed Sheeran's Thinking Out Loud.

Born in the small district called Pusey in Point Hill, St Catherine, the corporal told The Sunday Gleaner that he grew up in a household where music was a part of his diet.

"My siblings play instruments, my father used to play a box guitar, while my brother plays the keyboard, and sisters are extremely talented singers," said Gillespie.

He remembers listening to American saxophonist, Kenny G (who he lists along with Dean Frazer and Mindi Abair as his inspiration) and falling in love with the music.

"Forever in Love by Kenny G was the first saxophone music I listened to, and it sounded so great that whenever I hear it playing, I always stop and listen."

But his introduction to the instrument was purely coincidental. While unpacking a container of music instruments for the JCF, he came upon the saxophone (that he currently plays) and was lucky to be given it by Senior Superintendent of James Forbes, who was in charge of community safety and security at the time. Gillespie is self-taught.

Gillespie has been playing the drums and bass guitar for the JCF band for about four years, but the saxophone is his instrument of choice.

The constable of 10 years tells The Sunday Gleaner, "For me, when it comes to music and my emotions, there is a balance. I can say we all relate very intimately to the sound of a human voice, its innate ability to express the emotional part of human nature is indisputable - that's the relationship my emotion has with playing the saxophone."

He continued: "There's no doubt that the saxophone is one of the most vocal sounding instruments in all of music. For this reason, the sax shines like crazy when it comes to a romantic ballad, or when I am doing a solo performance."

Corporal Gillespie's mission is to make people happy. His recent performance was at the Anti-Gang Edutainment Concert held at the Half-Way Tree Transport Centre on September 21.

"It was an important call to help save the nation's children," he says of his performance. The event, geared towards deterring youth from engaging in illicit activities, particularly gang violence, was one of many community outreach activities that the saxophonist has played for as a member of the JCF band.

"Music is that vehicle that is used to highlight the social ills of society. When we use music to empower the communities, we are allowing persons to identify with the issues or the societal problems. It is expected that people will begin to contemplate the role of music as a social change agent," said Gillespie.

It has crossed his thoughts to take on the saxophone professionally, especially with the experience he has had as a bass guitarist for the likes of Beres Hammond, Freddie McGregor, Errol Dunkley, Sizzla and the late Edi Fitzroy, and saxophonist for Luciano in the past.

He incorporates styles from the various genres, but claims that most audiences respond positively to him when he plays reggae and dancehall. He plays the music by ear, but is equipped to read musical notes and build rhythms.

Although he loves music he chose the JCF because of his desire to serve the people of his country.

"I am an officer of the law first, and that helps me to build integrity and capacity. However, I am passionate about sharing my talent and I hold no reservation in striking a balance in my craft."

He continued: "It (the saxophone) is the way I get to express to people the love, the spirit and my beautiful soul that will help someone to have a good day after hearing the music. Playing the saxophone is really important in my community environment because each time I play, there is always a positive feedback and I like that because I love to make people happy."