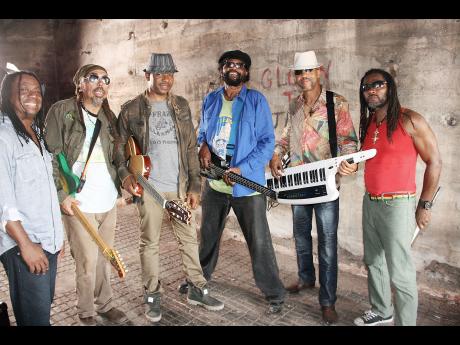 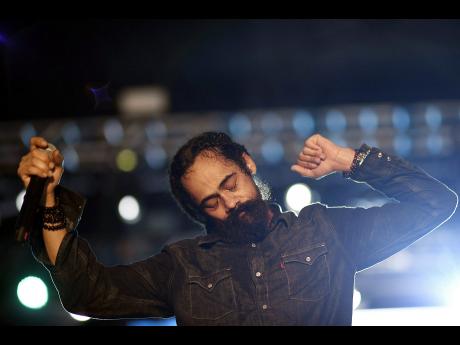 Gladstone Taylor
Damian 'Jr Gong' Marley feels the music as he performs at Groovin In The Park held at the Roy Wilkins Park in Jamaica, New York on Sunday, June 24, 2018.
1
2

Damian Jr Gong Marley has another feather in his producer's hat as he will be the executive producer for the next album of the accomplished Third World band.

Last Friday, the stalwart reggae band released Loving You Is Easy, the first single from the upcoming album.

Though still untitled, band leader Stephen 'Cat' Coore told The Sunday Gleaner that all the songs were complete, estimating that 11 or 12 songs would have made the final cut.

"It has been a journey," he told The Sunday Gleaner, noting that the two had wanted to work together for a while. "What I respect about the process is that we didn't accept things. We examined everything we did 100 per cent. We went with the best we could possibly go for. This generation needs to focus on that - not settling for second best," the lauded guitarist added.

According to Coore, Jr Gong is a shining example of the potent combination of hard work and creativity. "People think 'he's a Marley', and that alone allows him a free-ride. But the amount of work - and not just Damian - Stephen, Ziggy ... the work they put in is exceptional. I just think that it's important to put energy behind relative talent," he said.

According to Coore, it will be evident that Loving You Is Easy is the product of those particular elements handwork and creativity. He believes that combination is necessary for the retention and propagation of indigenous Jamaican music, and modern musicians and producers should take heed of these. "One thing I recommend is working hard on whatever their goal is, whatever they have in mind."

He added, "What the kids need to think about is being creative and putting energy and time into what they're doing."

Coore noted some winning attitudes among the younger reggae players. Protoje, Sevana, Kelissa McDonald, and Jesse Royal are some who immediately came to mind. "I will say I'm very encouraged by what I see in the coming generations. These are true musicians, and there are a lot of them. The producers, too."

Now celebrating 46 years in the music industry, Third World is excited about its album's release. "I'm very proud to know we're putting this thing out. It goes to show what hard work and concentration can do. We're very happy, very pleased. The producer is pleased, and Damian is not easy to please. We're looking forward to everyone hearing it," Coore said.

Earlier this year, Jr Gong's energy was behind reggae revivalist Kabaka Pyramid as executive producer on the Well Done singer's debut album Kontraband. The pair's connection began when Kabaka recorded Well Done on the Marley-produced On The Corner rhythm.