Story of the Song | 'Rumours' fit Cool Ruler, but not written by him 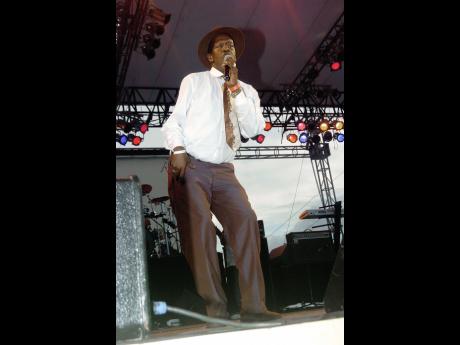 On an afternoon in 1988 when producer Gussie Clarke had recently finalised construction of his Music Works Studio at 56 Slipe Road, Kingston, singer Gregory 'The Cool Ruler' Isaacs rode a motorcycle on to the premises. He did not come for anything specific Clarke saying, "we had an excellent relationship. We fight and we quarrel, but we were brothers."

However, Clarke had just had a conversation about Isaacs as Carlton Hinds had written a song that had been developed to the demo stage. Initially, it had been slated for the Mighty Diamonds, with whom Clarke was doing a project, but the consensus was that the style and content fit Isaacs well. The song was Rumours, and when Isaacs heard it, he agreed.

In the chorus Isaacs sings, "rumours dem spreading/Claim dat a sensi mi plantin'/But I man a di don inna di jugglin'/A pare rumours a gwaan." The first verse paints a picture of conflict with the law as Isaacs sings: "please, Mista Offica, leggo mi han/You don't know me an' you don't understand/You see me flashing a criss rental/So yu claim that me a criminal." With Isaacs' eventual publicised legal run-ins over cocaine use, Rumours began to be perceived as a self-statement. But Clarke makes it clear that "Gregory had noting to do with the writing".

And neither did happenstance have anything to do with the sound of the music a step forward in the digital era heralded by the Sleng Teng three years earlier. In that case, a preset on a Casio MT-40 keyboard was stumbled on and adjusted, but when Clarke was putting Music Works together, he worked to a plan that resulted in the rhythm created for Rumours having an all-important aural difference from the beats of the day and being that crucial step ahead of its competitors.

He told The Sunday Gleaner that most persons in Jamaica were working with the MCI brand. After doing his research, over time, Clarke invested in some names that were relatively unknown in the country, among them Otari, Amek Tac Matchless, EX Century 500, and Meyer HD-1. He still has much of that equipment now. "Then we had the best equipment in Jamaica," Clarke said.

Added to that were the persons who used the equipment to create the music specifically for Rumours. The musicians, included Cleland 'Clevie' Browne, Danny Browne on bass guitar, and Robbie Lyn on keyboards. The recording engineer was Courtney 'Mikey' Small.

Rumours was a hit in Jamaica and the North American and British major markets for Jamaican popular music. With the popularity came the danger of creative parasitism. "In those days, people love lick over riddim. We said, let's beat all of them to it. We just recorded about 10 people on the riddim and released Music Works Showcase '88," Clarke recalled. Among the songs on that set are Nuff Respect (Lady G), Telephone Love (JC Lodge), Heavy Load (Mighty Diamonds), Street Talk (Robbie Lyn), and Snacking (Dean Fraser).