Groundation - African retention in the heart of the city 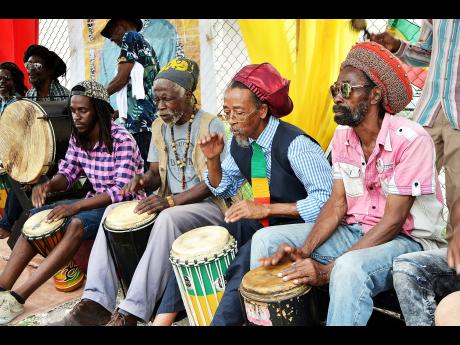 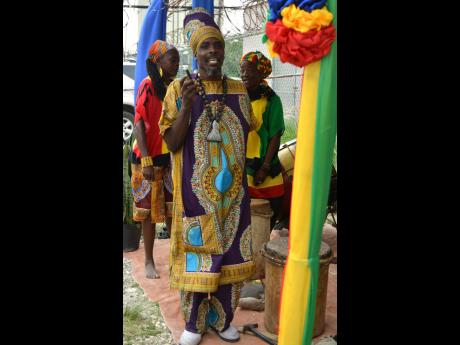 Passers-by on East Street may not even look twice at the empty parking lot on Water Lane. The lot is controlled by Earl 'Chinna' Smith - the man whose guitar riffs and runs have been immortalised in the music of reggae's global ambassador, Bob Marley.

On a mission to sustain respect and reverence of the music, the legendary guitarist has begun using the space to host a monthly 'revival' session called Groundation, organised by the Innadeyard Binghistra Movement. The aim is to provide a regular stage for cultural music in the heart of the city.

Last Wednesday, Smith hosted the second instalment of Groundation, which invited the drumming and choir skills of the last Kumina group in St Thomas - led by Bongo Shem. In September, he invited the Maroons. "You don't want to see the people on the wall - but live, in the moment," Chinna told The Sunday Gleaner.

With no promise of a return on investment, there is hope that the event will become a regular amid the revitalisation of the nation's capital.

"Right now, it's my money that I have to put out to make all of this happen. I don't have a lot, but it's worth it because we have to have a space in the city," the guitarist said.

"I think it is very important that the culture and retention of 'African-ism' be part of what is called the redevelopment of downtown Kingston. We need to have more of these types of drumming and cultural happenings within the space of Kingston. I think all of corporate Jamaica, especially those who are about to benefit from the redevelopment of downtown, should give maximum support to this endeavour," Count Ossie Jr. added.

Groundation is scheduled to take place on the first Wednesday of each month from 12 p.m. until 6 p.m. "We choose the afternoon because downtown closes early. So after the people dem leave work half-day, dem have a place to come and enjoy music - in a cultural way, rather than a euro-centric one, and I can see some growth," Smith said.

Three German tourists - Julian, Daniel and Nicolas - who only gave their first names, joined the drumming party. They met Smith on a bus heading downtown and recalled, "He was feeling like we might be interested - and it turns out that he's a guitarist, and he's recording some stuff - and we do music as well a bit. It might have been the wavelength, the vibrations that took us here in the end," Julian said.

The trio began a weeks-long trek along the island's south coast, moving from Montego Bay to Negril and Treasure Beach. "And then we decided we wanted to see Kingston. We needed something different from the calm beach. I figure if you come to a place like Kingston, where so many people are living in quite a small area, I figure you would get to know a lot of the shades of Jamaican culture," Daniel added.

"I'm very happy to be here. And after 10 seconds of being here, people come to us. It's a good vibration. I'm a bit nervous because we've got a big man here," Julian said, gesturing towards Chinna." He seems centred," he added.