'Let's gets wealthy' - Beres wants Jamaica to get more from music 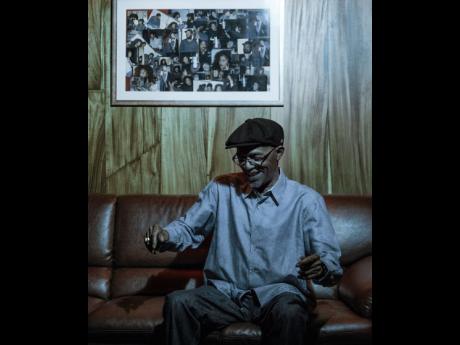 Beres Hammond said that Jamaica is yet to fully capitalise on the brand of music it has given the world - reggae.

The veteran crooner, who releases his new album Never Ending today, said: "What Jamaica don't realise is that we are playing with our product. The world take our thing and embrace it like it's theirs."

He lamented the lack of many big reggae shows on the island outside of Rebel Salute and Reggae Sumfest. "God bless the folks who keep it going. We need things in the summertime and the Christmastime. When you go to Europe, most of the countries have reggae festivals. Here we have two to three days. There it's seven to 10 days, and every night it's full, and it's all about Jamaican culture. What are we doing?" he said.

"Reggae is life everywhere else. Let us come together and join forces and make money. Let's gets wealthy and not create just individual wealth. We can become wealthy as a country because reggae can bring in so much. We are not capitalising."

As Hammond looks at close to 40 years in the industry, he says he is encouraged by what he is seeing from the younger generation of musicians.

He recently performed at the annual Rototom Sunsplash with Protoje and Alborosie and said, "It was really beautiful. Him (Protoje) wicked, man. I love his vibes. If he keeps doing what he's doing, you're going to remember him for a long time."

Hammond has also been on a few shows in the United States with Chronixx.

"Him bad, man. Him wicked. They have a promising thing going, and we have a lot of them out there. The whole a dem talented. They can sing well. Only disappointment I may have sometimes is what they sing about. You should sing to make people feel good in a positive way. Most of them are my brethren, I just want them to positive-up the thing more and we are friends for life."