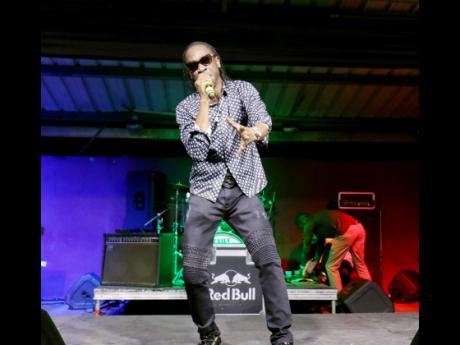 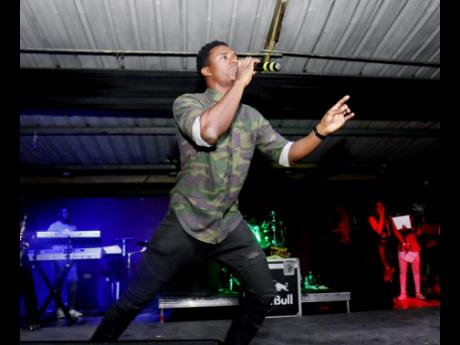 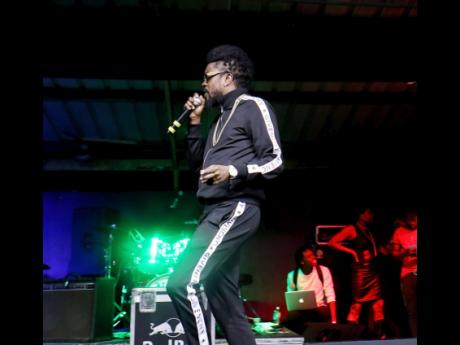 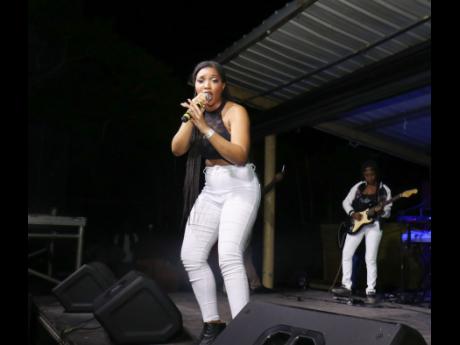 Some of Jamaica's top reggae and dancehall artistes, were at their musical best performing at the annual 'Open Ear' acoustic concert, held last Friday at the University of the West Indies, Mona campus.

Persons who crammed inside the Students Union Bowl witnessed a slew of scintillating performances, from the likes of; Beenie Man, Bounty Killer, Romain Virgo, Jah Cure and Adahzeh - with her all-female band.

Staged by the Mona Law Society, with the aim of providing bursaries for law students, and enhancing their cultural development -- all the entertainers gave of their time and effort freely. At the end of the night it was safe to say both were achieved.

Romain Virgo, had the women in the audience in a trance as he charmed them with his melody and stage swag. The 28-year-old oozed effortlessly into his armory of hits, each connecting well with the audience. He closed his set with the massively successful Dutty Heart track, in collaboration with Agent Sasco

They were still recovering from Virgo's 25-minute performance, when the King of the Dancehall Beenie Man entered the stage.

Appearing with a 'medicinal kit' filled with the anthems for which he is known, his set included a lot of jumping, humour, and crowd interaction. At one point, the 'Doctor', held his microphone forward allowing the audience to sing the words of his hit single, I'm OK on Seanizzle's One Day Riddim.

Beenie Man also gave deejay Silver Cat an opportunity to add to the excitement with his hit, Fowl Affair, dating from the '90s.

In addition to his performance, Jah Cure donated an undisclosed amount of cash to the Mona Law Society. His slick and seductive set warmed the hearts of the women who gave into the singer's charm as he performed Unconditional Love a cappella style.

Bounty Killer was his usual powerful and inspirational self. There is never going to be a Bounty Killer performance without a memorable sound bite, and Friday was no different. He had a message for the government saying; "Nothing no wrong with a state of emergency, but mi wah see some state of urgency towards poverty and crime", charged the five-star-general before singing Poor People Fed Up which received one of the loudest forwards of the night.

Others like; Deep Jahi, Sevana, Marvin The Beast, ZJ Liquid, Bescenta, Rickey Teetz and Tahz aka Oxygen held their own.

The beautiful Adahzeh would have won over some new fans after her performance, which she executed well. Her female band members, particularly the guitarists, were a pleasure to watch.

Speaking to The Gleaner after the show, Tameka Bryce, who chairs the Mona Law Society's Cultural and Entertainment affairs department, commended the efforts of the entertainers, whose selfless acts she said helped to make the concert's goal a reality.

This she said comes after the university announced that approximately 800 new students -- and twice that amount of returning students, have been deregistered for failing to pay their tuition, or arranging a payment scheme.

She said the threat of deregistration that the school issued on October 3, meant that Open Ear had to be successful.