Chilean Rastafarians in Jamaican to celebrate Haile Selassie I 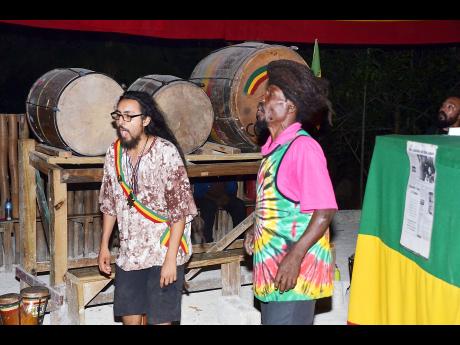 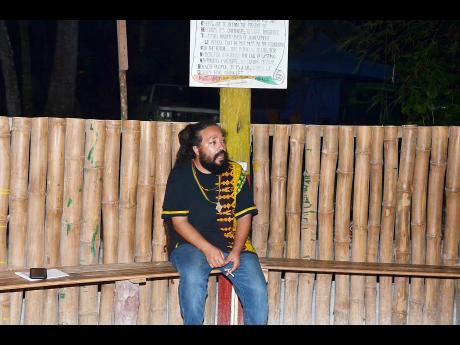 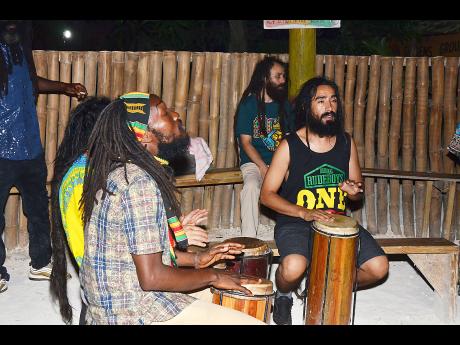 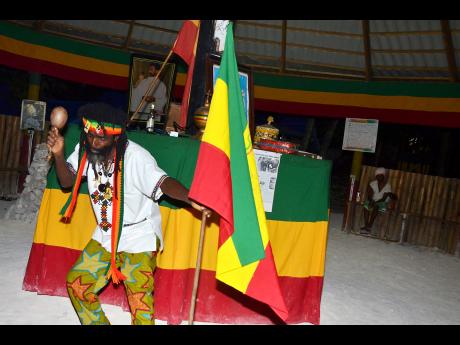 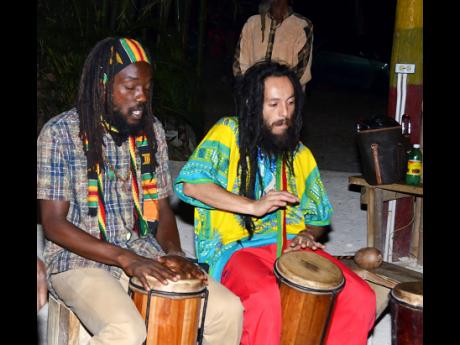 Janet Silvera
Jamaican and Chilean Rastafarian drummers chanting on the fourth night of the celebration of the coronation of Emperor Haile Selassie and Empress Menen.
1
2
3
4
5

When The Sunday Gleaner team arrived at the Pitfour Nyahbinghi Centre in St James, the drumming had already begun, and the words from Bob Marley's Rastaman Chant, 'Babylon You Throne Gone Down' felt like music for the soul.

Gathered on the sacred ground were Jamaican Rastafarians with their South American, counterparts from Chile. The Chileans have translated over 100 Rastafarian chants into Spanish, and have gathered at the centre which is seen as a place of learning for worshippers of Ethiopian emperor, Haile Selassie I.

The teachings have become so prevalent in Chile that they now have 2,000 Rastafarians registered in 15 cities. The movement has also seen tremendous growth in countries such as Colombia, Brazil, Argentina, Peru, and Mexico.

"We have our own Nyahbinghi House in Chile, where we have built a tabernacle in Pirque (which means heart)," Ras Marco Gonz·lez told The Sunday Gleaner. The Chileans were attending the annual celebration of the coronation of the former emperor Haile Selassie I, and empress Menen. Both were crowned in 1930, and Rastafarianism and the teachings of Haile Selassie I were established in the early to mid-1930s.

Of the 12 who were visiting from South America, five are priests who have been living in tents at the Pitfour centre during the week of celebration, which started on Thursday, November 2.

The drumming, which continued until 6 a.m., offered an inspirational sound of "Do good," even when faced with the spiritual struggle of fighting against evil.

With the language barrier evident, that was the only hurdle the group encountered as the Jamaicans and their spiritual counterparts transmitted their messages through the music.

"Rastafari is livity. we came to live it and share experiences with our elders. Our main objective is to learn and live the Niyabinghi way," said the Rastafarian who has been visiting Jamaica since 2008 when the first delegation of Chileans came.

As a large furnace burnted just outside what local priest Ita tagged sacred grounds, the women, who are not allowed to touch the sacrosanct drums, played the role of backup musicians.

The grounds were holy, and the unity that the Rastas are renowned for consumed the atmosphere.

Like Jamaican Rastafarians who have been persecuted over the years, Ras Marco said that the situation was no different in Chile. "We are subjected to the same persecutions mostly because of the sacramental use of marijuana," he stated, revealing that getting jobs with certain companies was also an issue.

A teacher by profession, Ras Marco said that Rastafarians in South America lived a lifstyle similar to the founding fathers in Jamaica. They don't eat meat, salt, and for the most part, work independently because it is more convenient.

The Chileans, for the first time last February, hosted a summit, which had in attendance Rastafarians from South America and North Carolina. Staged in the mountains of the capital city of Santiago, this was the second time the summit was being held in the Americas.

Like Jamaica's Rastas, the Chileans, some of African descent, want to return to the motherland.

How things have changed

"Humankind originated in Africa," declared Ras Marco of their desire to return 'home'.

"Can you imagine how I felt last Monday when I saw students alongside the Chilean Rastafarians inside the tabernacle learning about Rastafari!," exclaimed priest Ita, who said that he had discarded his 'colonial' name long ago.

There was a time when Rastafarians had to homeschool their children, owing to the fact that educational institutions would not accept them because of their hair

The Jamaican priest who took charge of the Nyabinghi drumming last Tuesday night at the centre was speaking of the 40 students who had travelled from Hampton High School in St Elizabeth.

"More than 40 of them were here. This is a big change for us, who fought hard for this," said the priest, adding that in celebration of the coronation of former emperor Haile Selassie I and empress Menen, the chants would commence at approximately 9 p.m. for seven days, ending every morning by 9 a.m.

"Depending on the vibration, we may 'seal up' by 9 a.m.," he said, noting that the annual celebration attracted thousands each year.

Hampton High was not the only educational institution to visit as several students from the University of the West Indies, Mona, used the opportunity to learn more about an aspect of the Jamaican culture that priest Ita said the "system tried to delete".

The activities, which commenced on November 2 at midnight, saw Rastafarian families coming together to light the Fiya Key on the Nyahbinghi grounds. The Fiya Key is composed of logs of dry wood stocked in a huge pile.

"It is the duty of every brethren (brother) to prepare wood for the fire, which is a consuming fire for evildoers irrespective of colour, race, or creed. No garbage, waste, or refuse should be thrown in the Nyahbinghi fire, which burns unceasingly during the days of the Nyahbinghi. The fire must not be disturbed," stated Ras Flako Tafari.

He explained that Rastafari sons and daughters can gather around the fire for warmth or to pour out judgment on Mystery Babylon. After the lighting, Rastafari brethren and sistren are led into the tabernacle for chanting prayers and thanksgiving.