The time is now, says singer after 40-year career 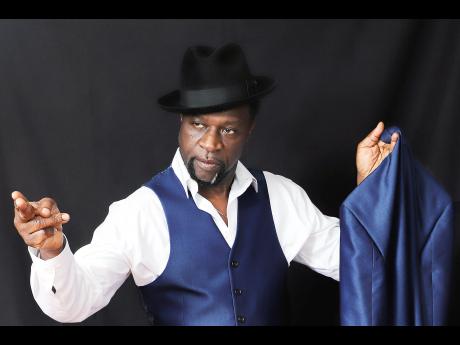 Jamaica-born singer Teejax Malek I always knew his music would take off late in his career. With a new album under his belt in a career spanning 40 years, he believes that time is now. The project, Island Rock, features 15 tracks released in May on Teejax Malek I's label Island Rock Music.

"I remember talking to my cousin in 1981, and telling him that I would not make it until I got older, and I was right," he told The Gleaner. "The feedback for the album has been pretty good. It is nothing new under the sun, but it is still different and represents something that has been missing for a while. I am doing a lot of promotion for it now."

Teejax Malek I said that the album's title track and the single, Hang On, are in heavy rotation in South Florida, where he is based. Island Rock offers a diverse body of work, with influences from several genres, including reggae, pop, jazz, country western, and gospel, which he describes as "Island Rock Music". The singer cites this album as different from his prior works, as he had more creative and production control.

"The other albums were not done in my studio, and with those albums I couldn't get the sound I felt, even the mastering I didn't get properly," he said. "With this album, I recorded it in my studio and got to mix it myself. I also worked with a master engineer from New York called Chris Scott, who has worked with artistes like Dennis Brown and Sean Paul. "

The album is also special for Teejax Malek I as it features a re-recording of his first single Stepping Vibration, released in 1988.

"People have been telling me how much they love that song and it is doing well in California," he said. "I also love Rebuild Again, which I wrote when the earthquake hit Haiti. It talks about the building stages a nation goes through, and it appeals to people across the diaspora."

Teejax Malek I, born Faron Henry in Manchester, migrated to the United States at the age of 14. His last album - New World Order (2014), followed On the Front Line (2009) and his debut album Hypnotic Ghetto Rhythm (2006).

He described his musical journey as "bittersweet". "Some days I wish I didn't leave Jamaica. I've had some beautiful memories, but also a lot of fight, struggle, oppression and discrimination from other races, and even my own."

He last visited Jamaica 30 years ago, but notes that this has not been in vain.

"My heart is in Jamaica, it has never left, but I always said I want to return when I have something of substance to bring to the people instead of returning like I left," he said. "I have Island Rock now, and this new sound of music to bring people together, so the plan is to come back to Jamaica next year."