Orisha Sound album in the works 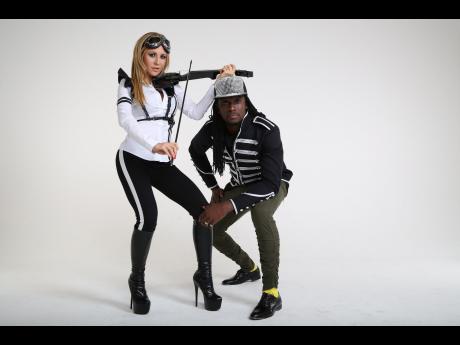 Reggae duo Orisha Sound is set to release their Fire and Ice album which is slated to be released during the first quarter of 2019.

The 13-track album will feature production works from Grammy-winning producer Timothy Bloom, who is currently in the island with the Russia-based artistes. "We have been doing a lot of writing and recording. It's like we are on lockdown in the studio, because we are just trying to get it done the best way we know how. Timothy, like us, is a musical perfectionists so I know the final product will be excellent," Shel-K said.

Included in the track listings are songs like Tek the place ova and Title. Earlier this year, Orisha Sound used the World Cup as a medium to introduce reggae to Russians with the Football-inspired single, Tek The Place Ova. The BBC team had followed the duo for an entire day, and stayed for the concert to capture a feature for BBC TV 'Breakfast' show, which has an audience of more than six million viewers.

"There is still a lot of room for reggae to grow in Russia, but those who know it love it. A lot of times, persons will see us dancing and singing and they will instantly become interested, and they will want to know more about it. Russians are really warm people and they love everything about Jamaica and its culture," Shel K added.

Born Orisha Pelzer in Oslo, Norway, Orisha is of Russian and Brazilian parentage. Trained in the classics, she plays a number of instruments and has toured Europe and the United States as a singer, musician and dancer. Shel-K was born in St Thomas, Jamaica, but later relocated to Kingston. "Music was always around me growing up, as my father, Ephraim, is a Kumina player, and my brother, Putus Roots, is the lead singer of Mystic Revelation band," he said. He met Orisha in January 2013, and the two began working together days later.