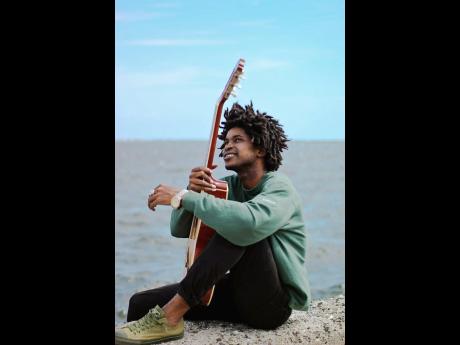 Contributed
What initially started out as a hobby became a passion for Apollo. 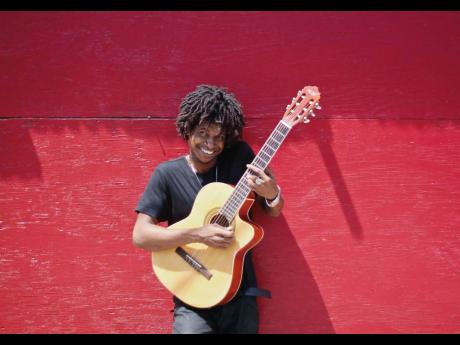 Contributed
Steve Grant gave up on getting his degree in civil engineering at the University of Technology, Jamaica to pursue music, adopting the moniker ‘Apollo’.
1
2

Two years ago, something did not feel right for 21-year-old Steve Grant, while pursuing a civil engineering degree at the University of Technology, Jamaica (Utech). He had secured a job and saved his earnings to attend college, but something was missing. In a life-changing decision, he told The Gleaner that he dropped out of school to pursue that which his heart yearned for - music.

"I was in my first year when I actually stopped. A couple months into it I realised this really is not for me, and my passion is actually in music," he told The Gleaner. "It was hard for me to stop because I had saved up money to go to UTech, but music was my passion."

Intrigued by Greek mythology, he adopted the moniker Apollo - the Greek god of music - and embarked on his musical journey. But this decision was met with some reservation.

"My mom found it hard to accept at first, but afterwards she realised that this was my passion," he said. "She started supporting me wholly, and decided that if this is what I really love and am going for, she would support me 100 per cent."

His debut single, No Way, was produced by Missa Palmer and released last month. The track fuses Apollo's appreciation for different genres like alternative, pop and reggae, and tackles a multitude of issues faced by the working class.

"The idea of the song really started when I started working - it was really hard, as I was just trying to support myself and my pay was literally just money to go to work," he shared. "I had a drive because I knew what I wanted in the end, and that is what really inspired me to push through. That song is my experience of the struggle to work and not being able to sustain yourself how you really want to. I know people probably experience that in a whole lot of different situations."

He noted that the song has been receiving positive feedback, and added that there is a market for other genres beyond traditional reggae and dancehall in Jamaica.

"It's (his music) trying to blur the lines between Jamaican music and actually world music, because I realise that the music in Jamaica is usually subjected to being Jamaican music, and not actually world music," he explained. "I wouldn't want to put myself in any category or genre it's a fusion of all forms of music. You might always have a touch of reggae or Jamaican soul in it, but it's always a fusion of everything."

Apollo was raised in Greater Portmore, St Catherine, and attended Kensington Primary School and Ardenne High School. He admitted his interest in music was initially a hobby, until he was introduced to the guitar by a neighbour while he was in the sixth grade. He acquired his musical style through varied influences, noting, "I listened to a wide array of music, from Danny Rivers to Evanescence, Eminem - I didn't limit myself to one singular genre.'

He aspires to make his own unique contribution to the music industry.

"I want to put Jamaica on a real international level like how Bob Marley did, where everyone wanted to know about Jamaica because of him." He continued, "I want music for Jamaica to not be Jamaican music, I want our music to be world music so you can tie it into, for example, a Sia or Ed Sheeran. I just want Jamaican artistes to be on that very same level."