Jamaica Youth Chorale ready for a record with Lux Aeterna 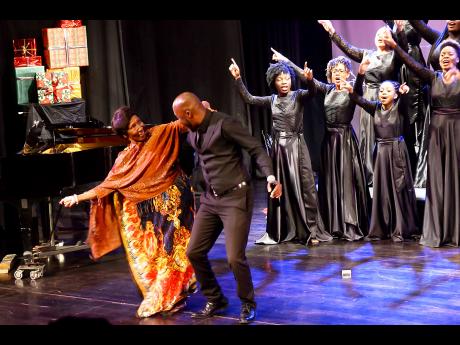 Shorn Hector
Sidonie 'Nene' DePass celebrated her 78th birthday seeing the Chorace in performance and had a grand time. 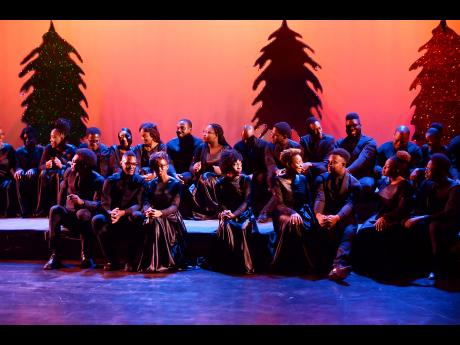 Shorn Hector
The Chorale's youthful exuberance was evident on stage.
1
2

Last weekend, the award-winning Jamaica Youth Chorale (JYC) celebrated 10 years of growth in friendship, music, and imagination at its concert, Lux Aeterna - A Christmas Special. Held at the Philip Sherlock Centre for the Creative Arts, and also in memory of former member, Ayala Bennett, the young singers arranged a festive and scintillating programme, chock-full of expert performances ready for a record.

Sidonie 'Nene' DePass celebrated her 78th birthday at the concert, accompanied by her daughter Patricia Donald Phillips, executive director of Women's Media Watch. The day before the performance DePass meet one of the singers, who extended an invitation. She told Phillips that attending the concert was her birthday wish.

The mother-daughter duo was endearingly conspicuous, seated in the front row and giving standing ovations to almost every item. Their revelry was so potent that DePass was invited to the stage for the closing number.

"It is my first experience of the chorale. It's worth every cent or 10 times what we paid. I'm so full! It's just a feast," Phillips told The Gleaner. DePass echoed the same, describing the experience as "out of this world."

"It is awesome. It makes me say' 'Wow! Jamaica is awesome'. My colleague beside me said when we're bad, we're horrible, but when we're good, we're amazing," Phillips added.

Reflective of their name, subtle antics like playful tugs and nudges, coy smiles, and furtive glances demonstrated the choir's youthful exuberance. Spurring the audience to chuckles in multiple moments, the choir's unpretentious camaraderie was clear on stage.

"It's a part of our core philosophy as a group. We believe that family, people who respect each other, share time and space and actually like each other. It gives an organic energy to the performance. We work at those relationships," principal director and founder Greg Simms, told The Gleaner.

Sharon Wright, mother of the late Ayala Bennett, can attest. The production was dedicated to Bennett - who they lost to cancer'. "This is the second dedication to Ayala since she passed. A number of the members are her schoolmates from Ardenne High School. When they are together - even when they're not singing - they still maintain this special type of relationship. And the way they sing and make it fun ... They've always been like that," she shared.

This holiday season, the JYC presented a melange of Christmas songs - from a beautiful and haunting rendition of Let All Mortal Flesh Keep Silent (arranged by O.C. Dawkins) to Danielle Brown's technically brilliant solo to the performance of Roland M. Carter's arrangement of Go Tell It On The Mountain or the Simms-arranged Chrismus A Come love triangle.

The chorale began with a vision to tour the globe as a world-class troupe - and they're well on their way. Earlier this year, the chorale travelled to South Africa to compete in the World Choir Games, where they earned silver medals in two categories. "We always had the vision and worked at it. We failed sometimes. It's not every time we want to tour, we get to tour. But we plan and we work really hard at getting it," Simms said.

As for this year's Christmas special: "It was nice! We really had fun. Production-wise, there is some stuff we need to tighten up a bit and get the show more well-executed. But we really are happy with what we did," the principal director said.