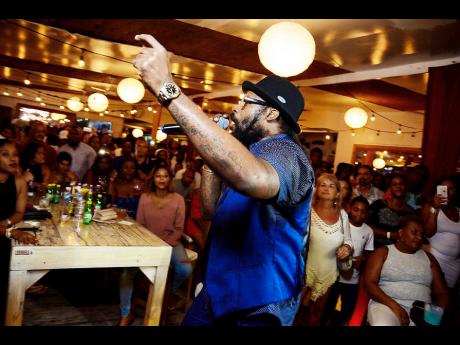 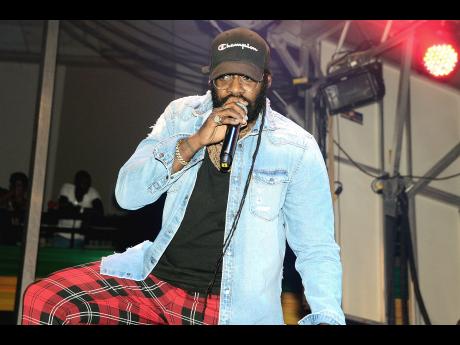 Tarrus 'Singy Singy' Riley describes himself as an independent artiste. That was the situation before his breakthrough Parables in 2006. That album, features She's Royal, Beware and Stay With You and 13 years later it holds pride of place among his fans. So far, Guess Who?, a combination with Mykal Roze, has heralded the upcoming album, the name of which has not yet been announced.

"Me is a independent artiste, me never sign no deal. People's love and support is bigger than any deal, and I know that is for real," Riley quipped. The emotional exchange of music and listenership, with mutual regard as the currency, plays out in the physical and virtual space. Riley was a standout performer at this year's Kingston debut of Capleton's 'A St Mary Mi Come From' concert last month, this after returning home in October from his fourth trip to Kenya. In August, he did his first show in Uganda, also recording a song named for the landlocked East African country, and visiting the river Nile. "Uganda is called 'The Pearl of Africa' and I understand why," he said.

He points out that Powerful, a Major Lazer-produced duet with Ellie Goulding, has racked up over 100 million views on YouTube. That is for the official video - with live performances included it is closer to 110 million. "Big up Shane Brown, big up Diplo," Riley said, crediting some of those involved in the 'Powerfuil' process.

The annual free Tarrus Riley and Friends concert at Emancipation Park is also an independent venture, the choice of venue being related to early Saturday morning concerts incorporating music and exercise once staged there, which Riley was a part of well before his popularity soared. Of this year's show, which takes place today, Riley says, "I want to do something different this year. The public show means a lot to me because it is a musical gift to the people annually, to show people we love you, we thank you for your support. The artistes come out every year," Riley said. He added, "Me love music and me love people, so me just sing and make people feel me. Me never have no big sponsor," summing up a synergy between himself, his team and the audience.

"I am young in the industry," Riley says, but his connections with persons like Roze (who came to Jamaica to be a part of the Guess Who? video) and Capleton extend to his childhood, courtesy of his father - Jimmy Riley. "Mykal Roze is a man who me used to go to as a youth," Tarrus said. It was not only him. Riley also names Dennis Brown and Gregory Isaacs among those he would see before he even thought of being in the music business. "I used to see them a studio," Riley said. "I had access to nuff people other people did not."

It was not, however, a case of fame with fortune while Riley was growing up. "Me live like a star, but a never luxury. Mi father a star, but nuff time mi bruck," Riley said.

Riley is not short on confidence. "Me know me unique," he said, noting that he is not claiming to be the best, but he is certainly among the standouts. "Me know me ting special. Me know me is a good, good artiste. Me say that with no disrespect to anyone."

So the next album, which follows the 2014 Love Situation, is "to say here is more quality music", with Riley depending on that consistency to keep his unlinked contract with listeners. "The people love and support is higher than any deal, for real," he adds.