Nailah Blackman talks the meaning behind the music 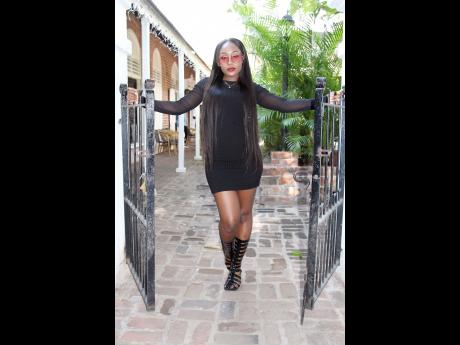 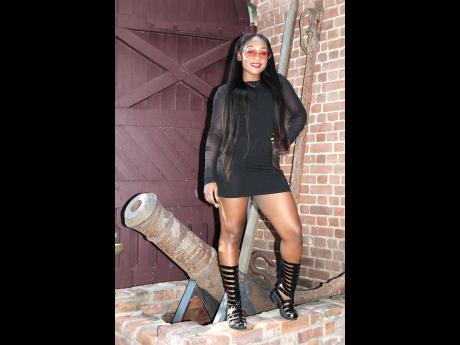 She is the soca recording artiste who sings, "sokah till I die, sokah give me life," and she is serious about that. But would you believe that growing up, Nailah Blackman did not like the meaning behind the music of her birthplace?

As the daughter of calypsonian Abbi Blackman and the granddaughter of the proclaimed father of soca, Ras Shorty I (Garfield Blackman), Nailah was witness to all the makings of early tunes and says that she appreciated the music for the rhythms and the movement but not what it stood for.

"It's not that I didn't like soca, because I always loved the music, but I didn't like the soca culture and what it represented in a way," Nailah told The Sunday Gleaner.

"I love music that allows you to say how you feel in any sort of light. For me, soca was always focused on carnival, like it carried one message, and it felt fake. I want to listen to music that can help me through a break-up, make me feel better when I am depressed, or make me more depressed when I want to be there are many different feelings that exist that soca never highlighted," she added.

In many instances, she uses the spelling 'sokah' in writing lyrics as a tribute to Ras Shorty I, who had a desire for unity across Trinidad and Tobago and defined sokah as the soul of calypso and 'kah', which represents the spiritual side of the music, and means 'divine' in Hindu.

Nailah has big shoes to fill but said, "I could not be the granddaughter of the creator and not carry on the tradition of doing soca to share culture and inspire meaningful reactions."

Not that she has anything to worry about, so far. Nailah, who turned 21 in December, has held on to a solid look and sound within the soca community since she burst on to the scene in 2017.

Her songs Workout, Sokah, Badishh, O' Lawd Oye, and the recent Games and Iron Love have stayed true to the soca rhythms but include various elements of pop, house and dancehall. "I have always been against anything that promotes violence (a label that dancehall music can't seem to shake), she says. "I love the music the way the words are brought across and the lyricists that dancehall artistes are."

That is something she believes soca music has been missing. "That was the big difference between reggae and dancehall and soca," she said. "the Jamaican musical genres reached a lot further because one, it had a catalyst, and two, anybody can relate to the lyrics it is every and any topic, not just speaking about a festival that only the people that have experienced it are able to understand."

Blackman lives by her maxim 'bringing sokah to the world' as she aims to capture all the global topics that have never been touched and arouse emotions with soca music.

"A lot of soca songs just speak about carnival, and personally, I want the people who have never actually participated in that part of the Caribbean culture to experience it in the music without actually knowing it while at the same time, feeling the pleasure, love and even pain of what our culture is without having to visit the place where it comes from."

She says that she does not believe it was her place to stand outside and criticise any type of music, especially soca, without trying to make her own contribution.

"It makes me no better than everybody else," she says. "Now, I strive to make soca music that is not always about carnival or just for the season but can live and reign for long periods." To that end, she has a lot of collaborations with dancehall acts in the pipeline, but she is keeping those a secret for the time being.

Her concert, Sokah Origins, held last month, included performances by over 25 artistes from all over the Caribbean, including Shenseea, who she has recorded a few singles with, and the Bawl Out entertainer Dovey Magnum.

She explains that the culture of her homeland, is completely different from that of Jamaica, but that the music has allowed people like herself and Jamaica dancehall artistes to connect. "I was actually amazed by the way Jamaicans reacted to the music (soca). I really did not expect it because back in Trinidad, there is a distinct uptown crowd, what most may describe as 'stush' people." She said she was exposed to a whole new way of 'breaking it down' when she started to participate in Jamaica's carnival celebration.

The soca singer returns this year to jump with the Xaymaca band for the second time around, saying, "The sky is the limit here. I expect it to be lit and better than 2018, which was also an amazing year because the energy of the people is beyond anything I have been witness to."