'What Goes Around' - a mix bag of emotions 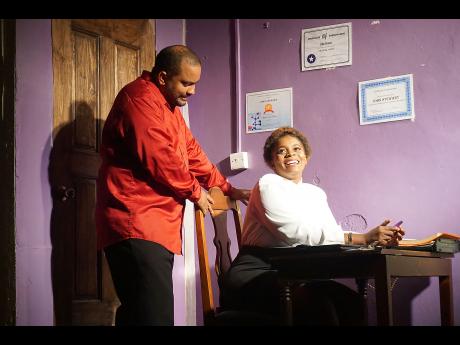 Marcia Rowe
From the start of the play, it is clear that Alistair Robinson (David Tulloch) and his secretary Michelle Duncan (Samantha Brevett) are having an affair. 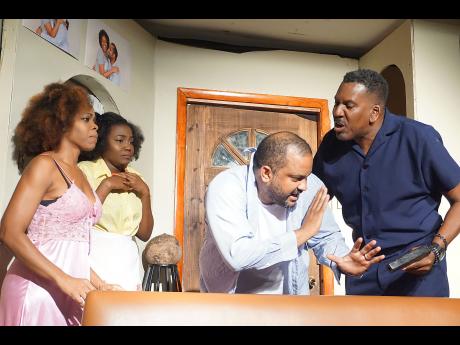 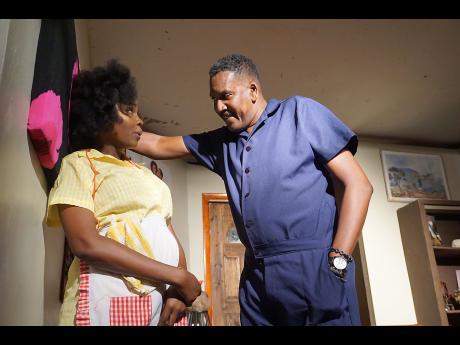 Marcia Rowe
Shanda (Sabrina Thomas) and Richard Duncan (Michael Nicholson) in a scene from ‘What Goes Around’. 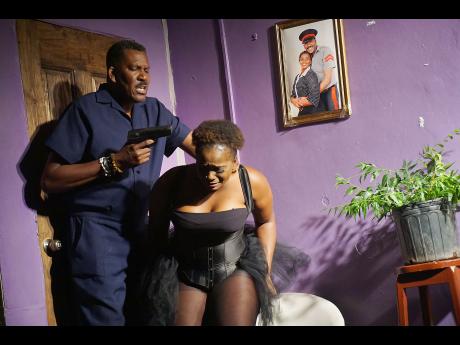 It was a series of interesting twists, and in the end, the player gets played. That's how the story unfolded in Aisha Davis and David Tulloch's What Goes Around, now showing at the Blue Room at the Phoenix Theatre Complex on Haining Road in New Kingston.

In a play that explores the theme of infidelity, Alistair Robinson (David Tulloch) is unaware that his wife Gina (Aisha Davis) is aware of his infidelity.

Though the theme is not a new concept by any stretch of the imagination, Tulloch's approach was brilliant. Although from the outset it was clear that Alistair and his secretary Michelle (Samantha Brevett) were having a clandestine relationship, Gina's gullibility skilfully masked the outcome, aided by a somewhat intrusive introduction of Richard, Michelle's husband (Michael Nicholson), to the plot. All combined allowed for a roller-coaster emotional ride.

There is plenty to laugh about too - in actions and language. Most of the laughs come from Sabrina Thomas, who plays the Robinsons' feisty and naive live-in-helper. Although there is a lack of growth in her character, she was impeccable in delivering her punchlines that at times were surprising.

There was no need for the playwright to create Richard as a fully developed character either. His role was to create havoc. So, to reinforce this role, he's created as two-dimensional - a challenge that veteran thespian Nicholson had little challenge with. He plays Richard with skill and aplomb, on one side the strange and mean-looking Richard juxtaposed with the friendly, warm and kind-hearted police corporal.

More was demanded from Davis and Tulloch in their respective roles. But only Davis was able to deliver. Her convincing performance was made even stronger when it was revealed how deceptive Gina is. Tulloch, who also directed the play, must have had a lot on his plate. His seeming overfamiliarity with Richard may contribute to inconsistencies in his acting. His best moments were when Alistair stutters when he is telling a lie.

On the technical side, there is a cohesiveness between the plot and the designs. The set reflected the unrealistic style of the play. However, the qualities, especially the settee, did not reflect the status of the characters. On the other hand, the colours of the walls worked to an extent. The costumes also worked well overall, but Gina wearing a nightdress to go to her mother's house was a bit confounding.

Overall, What Goes Around is worth seeing, for its refreshing approach to a popular theme. Running since December, the play closes next weekend. It is rated PG13.