When the music and the messenger collide 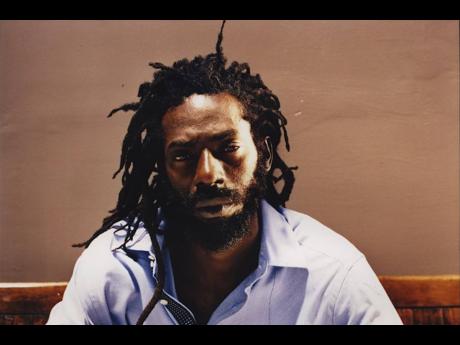 A rite of passage for most persons entering the entertainment field as performers is a change of name or adoption of a moniker. They usually choose a name that embodies and enhances the message from the messenger. This stage name, depending on the degree of success, can become such a household name that many sometimes forget that the individuals had any other names.

Last week, retired professor of literary and cultural studies at The University of the West Indies, Dr Carolyn Cooper, courted controversy when, in defence of recently released-from-prison entertainer Buju Banton, she stated “… Buju Banton is not Mark Myrie. Buju is a performing artiste, who is celebrating his Long Walk to Freedom. Mark Myrie is a private citizen who has paid a terrible price for his error of judgement.”

Others, however, were quick to draw comparisons to other public figures who have enjoyed the cover of super alter egos, and have had run-ins with the law. Should they get a free pass? Among the names were: Adijah Palmer and Vybz Kartel; R Kelly and Robert Kelly, and Desmond Ballentine, aka Brother Desmond and Ninjaman.

However, Rebel understands that the artiste and the private citizen can embody two different persons, and that’s the reason why, as the promoter of a reggae festival which has conscious lyrics as its mandate, he doesn’t shy away from using hardcore dancehall artistes on the line-up. However, he promotes them on the event poster with their real names rather than their monikers.

He explained to The Sunday Gleaner, “The characteristics of a Bounty Killer wouldn’t fit in with Rebel Salute. However, when I speak with Rodney, he is a wonderful youth, the type who makes his late mother, Miss Ivy, proud. And it’s the same for Popcaan. I invited him to Salute to perform as André Sutherland, because André is the person who goes home to St Thomas every week to visit his mother and climbs trees and goes to the river, and that is the persona that fits Rebel Salute.”

Entertainment consultant Teddy Laidley, while not buying totally into Cooper’s logic, agrees with her that it is Buju Banton who performs on stage, not Mark Myrie. Laidley also points out that Buju, like all established artistes, is a brand. “I buy a concert ticket to watch Buju Banton perform, I spend my money on a Buju CD or T-shirt. Buju, Beenie, Bounty, Spice, R Kelly … they are all brands,” he said.

When asked if what the brand does affects the individual, Laidley described it as “tricky”. “Case in point: R. Kelly and Bill Cosby. People still love R Kelly and they love Dr Huxtable, despite the fact that R. Kelly is facing serious allegations of sexual abuse, and Cosby is now in prison for rape. Locally, we have had our own artistes who have been known ‘coke-heads’ but whose brand was not affected because they were still in high demand for concerts both in Jamaica and internationally. Admittedly, they didn’t go to prison, but their substance abuse was not held against them, and at least two were awarded national honours,” he said.

Laidley feels that the problem arises because some entertainers cannot fully separate the artiste from the person. “It’s their alter ego, and they have difficulty separating them, and there is inevitable drama when these two collide.” And then towering above all, enjoying life in a jail cell, is a now-dark-skinned murder convict known as Adijah Palmer, when almost every other week there is a new Vybz Kartel song maintaining top spots on local chats.

Dr Cooper told The Sunday Gleaner that it was,“unfortunate that we don’t acknowledge the fact that there is a difference between the persona (the performing artiste) and the person (the private citizen). The musician plays a role in the same way that the actor assumes an identity. And Junior Gong says this well in his song Affairs of the Heart ‘when the tour bus drop off and all light lock off and I’m a mere mortal again…’ The mere mortal is vulnerable while the star is invincible.”