An Epic partnership buds with dancehall 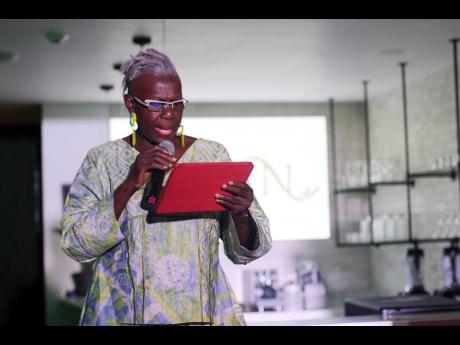 Professor Carolyn Cooper speaking at the official announcement of the partnership between Epican and Dancehall artiste Aidonia. 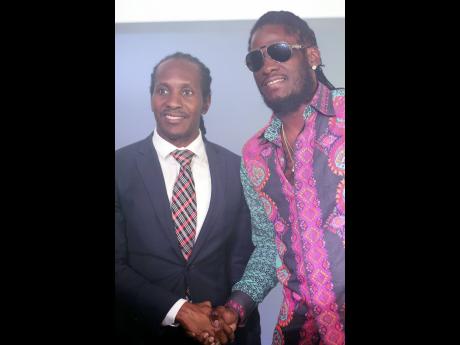 Dancehall artiste Aidonia (right) with Minister of State in the Ministry of Culture, Gender, Entertainment and Sport Alando Terrelonge. 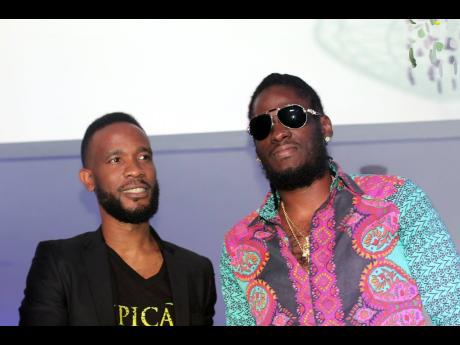 Jamaica’s medical cannabis brand Epican has added ‘entertain’ to its mandate to ‘Educate, Medicate and Elevate’. On Tuesday, it made the official announcement that dancehall deejay Aidonia has been signed as their ambassador.

Epican president Dwayne McKenzie said, “Music has the closest relationship connecting to people’s emotions, and it has given Jamaicans the opportunity to express themselves and playing a big part in guiding this pivotal moment.”

In order to continue charting new frontiers, Epican has ventured into the entertainment sector to forge ground-breaking partnerships with entertainers. This includes its involvement in sponsoring events such as the Herb Curb at the recent Rebel Salute.

State Minister in the Ministry of Culture, Gender, Entertainment and Sport Alando Terrelonge described the partnership as a significant move forward to the way the global stages and markets will view marijuana and dancehall music. “It is very apt to have a merger of marijuana and dancehall stemming from this partnership of Epican and Aidonia. It is important because when you think of February being Reggae Month, reggae has always been the soul of a nation, and when reggae gave birth to dancehall, it became the very pulse of our people,” Terrelonge said.

The atmosphere of anticipation was at a literal high when Sheldon Lawrence, aka Aidonia, was invited to the platform to greet the guests. The Yeah Yeah Yeah lyricist said, “As a youth growing up, I was always hearing about Peter Tosh and other musicians fighting for the legalisation (of marijuana), and now I am representing as an ambassador for the legal herb. Clearly, this is epic stuff happening for the music, and history in the making. I am happy to be part of history.”

Aidonia toldThe Gleaner that as an ambassador, he has taken up the role to not only advocate for marijuana, but to educate others about the proper use as well as the potential it has for Brand Jamaica. The symbiotic relationship between Jamaican music and cannabis has survived for many years, but as Professor Carolyn Cooper explained, before the legalisation of marijuana existed, there was a long flight and fight for the recognition of the healing powers of the herb – some of which was expressed by Rastafari and musical icons like Bob Marley, Peter Tosh and Lee ‘Scratch’ Perry. “Rastafari asserted their right to partake of the holy plant given by Jah as the healing of the nation, and Nyabinghi music was another medium of resisting oppression,” Cooper said.

She added, “The heartbeat of reggae and the compelling rhythms of dancehall have become potent expressions of the therapeutic power of ganja as so many reggae and dancehall songs spoke about the healing power.” But this time, she says, there is no need for apologies or excuses.