OMI pays tribute to the police with ‘To Serve and Protect’ 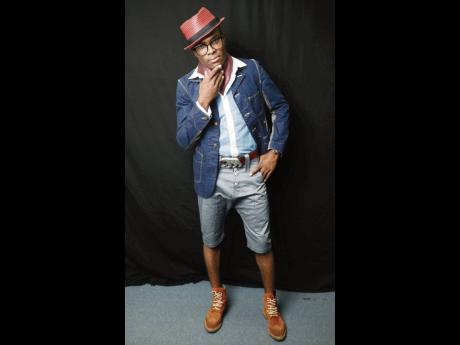 Singer OMI is out on the scene again with the release of his new single, To Serve and Protect, a tribute to police officers. According to the recording artiste, this song preceded his recording career.

‘This so happens to be one taken from the ‘vault’,” he said. “This was recorded years ago. It’s just one of those songs that had to be written. But, we were waiting for the appropriate time for it to be released. A very important factor in this business is timing, careful planning and execution – especially when you are dealing with a sensitive topic that will provoke negative and positive thoughts.”

The Cheerleader singer said his life was the inspiration for the song. ‘The inspiration behind writing this song came from the fact that I’ve lived it. This was a part of my journey. Music is a universal language that transcends all barriers and pulls all cultures together. As an artiste, I am inspired daily to use my skills to articulate and communicate life’s circumstances and experiences. My life experiences will continue to inspire me to positively influence our community and our country.”

The accompanying video was very important to the singer, who wanted it done a particular way. “Clifton ‘Specialist’ Dillon and I gave our directives for this video, and held firmly to them because something like this had to be done right, so I guess it’s official... we are directors now.” he joked.

The video is the first that the artiste has shot locally. “It was a great experience filming in Jamaica, I felt right at home. In all seriousness, I know I am taking a bold step to highlight the great work of our police force that, most times, are hidden or seen through a clouded lens. After all, crime, violence and law enforcement are never a welcome conversation. But I think if we also celebrate the police force for serving and protecting us, the conversation becomes balanced versus one sided –- and our little brothers and sisters will get an alternate view other than fear. Therefore, it was important to show up on set, even if I was not in the scenes, just to show my support and admiration for the ‘first responders’. It was fun and humbling.”

To show his support, OMI shared that he will be setting up a foundation to help our first responders.

Since the success of his monster triple-platinum-selling hit Cheerleader in 2015, OMI has been busy working on several projects. Last year, he teamed up with Shaggy on the song Seasons. He also collaborated with Felix Jaehn on the song Masterpiece. I Found a Girl, featuring The Vamps, became OMI’s third hit on the British pop charts.

He told The Gleaner, “Wow, since Cheerleader I have been up to a lot of touring. We did a world tour and now have two singles out – Masterpiece and As Long as I’m With You, so the work never stops. I’m now leaving in a few days for a writing camp in London, Stockholm and Denmark, which will be followed by a tour in Australia and Asia.” He is currently working on his follow-up album to Me 4 U, which he hopes to release early next year.