‘Meet Us on Beat Street’ to showcase Kingston’s musical heritage 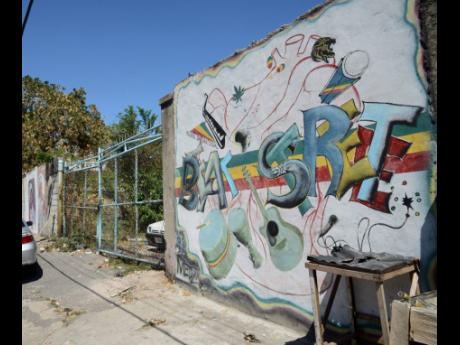 File
Orange Street, popularly referred to as ’Beat Street’ for the numerous production houses and music studios that once operated there.

Kingston Creative has made it their life’s mission to “make downtown Kingston a vibrant centre for creatives and creative entrepreneurship in the Caribbean”.

With that mantra in mind, and in recognition of Reggae Month, the group will be partnering with the Sounds and Pressure Foundation to host what they describe as a musical experience like no other. Dubbed ‘Meet Us on Beat Street’, the event is set for Sunday, February 24, and will see persons getting a cultural tour of the musical spots where some of Jamaica’s icons started their musical careers.

According to organisers, the tour is set to begin on Orange Street, where some of Jamaica’s musical greats, including Lee Scratch Perry, Clement ‘Coxsone’ Dodd and Cecil ‘Prince Buster’ Campbell, got their start in the music industry.

The highlight of the festival will be the unveiling of a sign and plaque honouring those three icons of Jamaican popular music who operated businesses on Orange Street and Charles Street: Dodd, the legendary Studio One producer, record retailer and sound system operator; Campbell; and Perry, who operated his Upsetter record shop and record label there.

The plaque will be unveiled by Minister of Culture, Gender, Entertainment and Sport, Olivia Grange. The day’s activities are set to begin at 11 a.m. and will climax with the Dennis Brown Tribute Concert on the Kingston waterfront.

In a release sent to The Gleaner, Sounds and Pressure Founder Julian ‘Jingles’ Reynolds, said he was looking forward to the event. “Kingston has such a rich musical and cultural heritage, and can rival any location anywhere else in the world. We want to see this moment bring together all the communities of downtown Kingston and create an environment where all can benefit from Jamaica’s vibrant cultural tourism,” he said.

His views were shared by Kingston Creative music scholar, Kim Marie Spence. “February is Reggae Month in Jamaica, and Kingston Creative is focused on the creation of a downtown Kingston art district and all things creative in Kingston. Kingston’s creative history is anchored by music. Orange Street and Trench Town are singular in their contribution and place within Kingston’s musical history,” she said. “