Gregory Isaacs’ nephew wants to earn Grammy in his honour 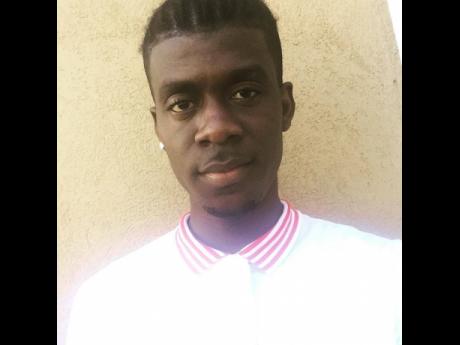 Gregory Isaacs is notably one of Jamaica’s premier reggae singers. His expansive catalogue includes Mr Cool, the 1996 album which earned him his first Best Reggae Album Grammy nomination as a solo artiste. He would earn three more nominations in that category before he died from cancer in 2010. But he never won, something his nephew Rey Issacs is seeking to change.

“I want to get the Grammy that my uncle did not get, I want to get it for him,” Isaacs told The Gleaner. “When I think of all the things I want to achieve in music, it has always been to win a Grammy, and having a lot of fans – I want the world to know who I am.”

At 22-years-old, the roots-reggae singer is already making an impressive start at introducing himself to the world. He delivered a scintillating set at the third annual Red Rose for Gregory concert, held at Liguanea Golf Club on Sunday night. In true Gregory Isaacs style, Rey rocked a fedora and belted some of his uncle’s classics like Love Overdue, to the delight of the audience.

He said he feels no pressure from the public or family members to live up to his uncle’s legacy. “It’s not pressuring because I like music and I like my uncle’s songs, I wanna be just like him,” he said. “I’m getting the support from my aunt June (Gregory’s widow) and my mother and father,” he continued.

Whose given name Reyon Weise, the young crooner said his affinity for music is innate. A graduate of St Joseph’s High School in Kingston, he spent a great deal of time with his uncle learning the ins and outs of the music industry.

“He used to bring me to stage shows as a child – like Heineken Startime,” he recalled. “He showed me a lot: taught me how to perform; how to speak to people; the importance of an education – it was beautiful. He was like a second father to me, we were very close and he believed in my talent.”

Isaacs said he was first brought to a studio by his uncle, who operated the African Museum label in Kingston. He made his official music debut four years ago with the release of Party God, which, he said, was warmly received. But being the relative of one of reggae music’s finest does not guarantee success. “The feedback was good, but nobody really know me like that,” he said. “Having Gregory as my uncle makes it easy and hard for me at the same time, because not everyone gonna jump on board. Aunt June pushes me a lot and manages my career.”

He is currently working on releasing covers of his uncle’s music, but is not ready to disclose further details.