For the Reckord | Renewed support for local drama (Pt 1) 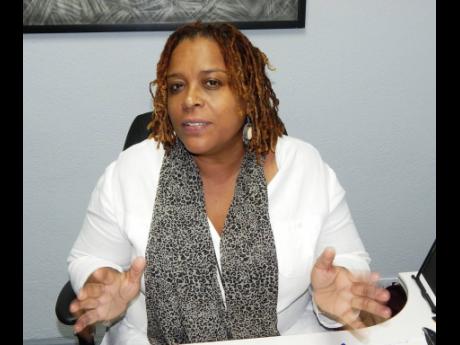 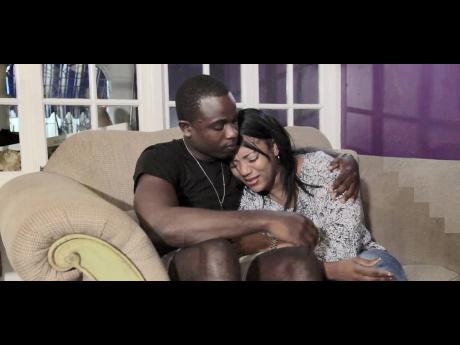 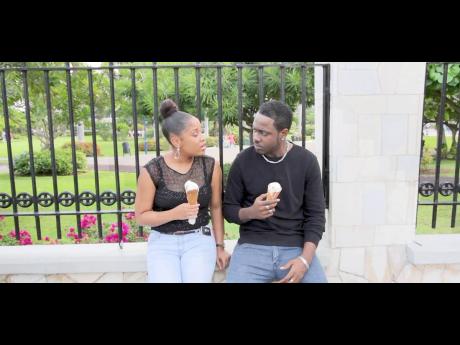 Contributed
Lisa, played by Kimberly Henry, has a heart-to-heart with Marlon, played by Akeem Mignott. 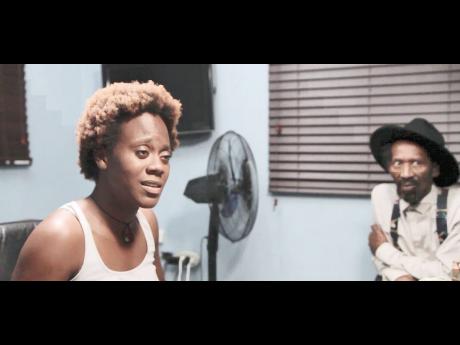 Season two of the teen drama Real Friends premieres on Television Jamaica (TVJ) tomorrow night, highlighting the company’s support of local drama. A move that will benefit practitioners of the art, and the a host of drama lovers.

In email correspondents with TVJ General Manager Claire Grant, she informed me of the recent establishment of the HomeGrown and Content Monetisation Unit. Its mandate, Grant writes, is “to create more local content, some 100 per TVJ, (and) others, with various levels of partnerships with local content creators…” She continued, “We intend to close the gap of local dramas, soaps, sitcoms and children’s content that exists for TVJ.”

Headed by Judith Alberga, the unit’s productions are aimed at both local and international audiences. Grant explains, “Going global is a strategic imperative of TVJ. Five years ago, long before other players did, we launched our Over the Top Television (OTT) platform, 1spotmedia – in app and on our website, to showcase Jamaican content to the world. Before the end of March, we will launch another vehicle – Television Jamaica International, a channel that we aim to have available on cable and other channel distribution platforms across the world ... starting with the Caribbean and Africa. We are also now exporting content blocks to select markets overseas.”

Grant stated that TVJ would be building on past relationships with (among others) playwrights/producers like Dahlia Harris and Fabian Barracks. Harris’ plays for TVJ include: Ring Games, Thicker Than Water and God’s Way. Season two of Ring Games is now being shot. It will have 13 episodes – five more than season one. The station has already produced Barracks’ Barrel Pickney, Saving Grace, and Black Sheep, with more to come

An example of a non-dramatic show is the cooking show Tailored For Taste, which, Grant says, “is 100 per cent TVJ … and was so successful, it is guaranteed a second season. ” The laughter-filled Ity and Fancy Cat Show closed last year after a decade on the air, and last Sunday, Ellis International launched a replacement – the sitcom Bigger Boss, featuring the same main stars, Ian ‘Ity’ Ellis and Alton ‘Fancy Cat’ Hardware.

Grant also cited other local hits by independent producers using the TVJ platform. They include the business show The Innovators with Yaneek Page; the talk series The Susan Show and Kids Say with Susan Simes; the dance competition Dancin’ Dynamites; the children’s show Pickney Time with Jennifer Small; and the fashion show Mission Catwalk with Keneea Linton George.

Real Friends is set in a Jamaican high school, and is written and directed by Andre Wynter. It explores really heavy topics like rape, pregnancy, alcoholism, peer pressure and death. Alberga told me that the first season was very popular, and said that this season would be “even deeper”.

Its A-list of Jamaican actors includes Chris McFarlane, Dahlia Harris, Glen Campbell, Rodney Campbell, Sakina Deer, Peter Heslop, Chantol Jackson, Akeem Mignott and Kevoy Burton. Most, if not all, will feature in the spin-off Real Friends movie, which, Alberga said, is going to be shot this year.

According to the unit’s marketing co-ordinator, Nicarno Williams, another spin-off is being considered, where a social media panel discusses the controversies raised in the series. But the project depends on sponsorship.