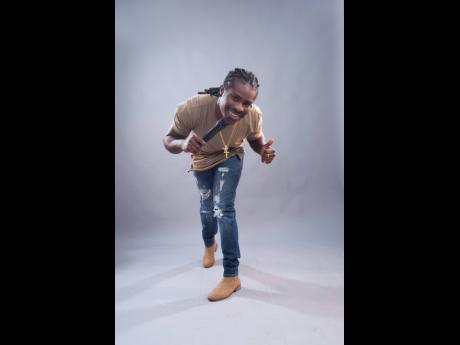 An impulsive trip to the island for Trinidadian DJs Aswaad and Lurbz has resulted in four years, three of which as part of the carnival in Jamaica season.

“It was the biggest investment we could have made at that point in time by running the risk of not getting bookings, “ DJ Aswaad told The Gleaner. “It was done off the mere fact that life is about chances, and one will never know the outcome until that chance is taken,” he added.

Recognised as the official disc jockeys for Xaymaca, the dynamic music-mixing duo is currently in the island for the band’s Pop-Up Street Lyme tonight in downtown Kingston.

DJ Aswaad, given name Aswaad Peters, not only holds the title of disc jockey, but is also a junior programme director on the twin island’s youth urban radio station – Slam 100.5 FM – and is also a music producer. He is the executive producer for Nailah Blackman’s 2018 soca hit, Sokah, which features his father – legendary steel pan player Len ‘Boogsie’ Sharpe.

He has created a signature style of play with a distinct fusion of the old with the new and is currently focused on enhancing his art by fusing afrobeats with various flavours from around the Caribbean. “I like to think I have developed a different ear for music, especially with the influence of being the son of a veteran musician and in terms of music composition,” Aswaad told The Gleaner.

The carnival season is currently at its peak in Trinidad and Tobago, and the duo promises Jamaicans raving and grooving, equivalent to the happenings in the soca mecca, something they know Jamaicans will love. “It is amazing to see the appreciation Jamaicans have for soca music – before a song is even played, the people know the lyrics,” he said. “We are also able to flex our musical muscles by incorporating dancehall, which we love.”

Next to soca, dancehall is at the forefront of Trinidad and Tobago’s music industry. Lurbz notes, “The islands of T&T and Jamaica share the same high-level energy – the intensity and rush that is expected of the musical genres are very similar. Both soca and dancehall are soaring on the charts while every other genre follows.”

While happy with the cultural exchange of carnival, the duo is taking this trip as a scout mission. “the exchange is bound to be good. we’re not waiting until after carnival (in Trinidad) to bring what is going on there – from the energy to the new soca songs, and by coming to Jamaica, we will get a pre-show of what to expect and what the carnival lovers want to hear when we return in April.”

Lurbz, like DJ Aswaad, was immersed into the world of music at an early age. But instead of playing music, he decided to take on the role of emcee. He is the energetic voice behind the Midday Madness radio programme and is known for a style that is more about getting up close and personal with the audience. Over time, his comical attitude and ability to connect with people have captured the attention of the public, including corporate brands like Heineken, for which he is an ambassador.

“Being on the radio is an added advantage, and when it comes to carnival, it helps a lot. Most times, persons will find that we release all the new soca music, and our programmes (which generally happen during prime time) also invite listeners to give their feedback,” he explains.

Together, the DJs have changed the game for the music industry in the island of soca and ‘pan’ by doing extraordinary work that involves introducing the new music before the start of the soca season.

Taking advice from Aswaad, Lurbz has learnt to control and utilise the stage like a recording artiste. “The days standing behind a CDJ (music console) are over. The strategy is always to do a walk-through of the crowd and target a specific section or person that I can bounce energy off.”