‘The LEGO Movie 2: The Second Part’ – a satisfying sequel 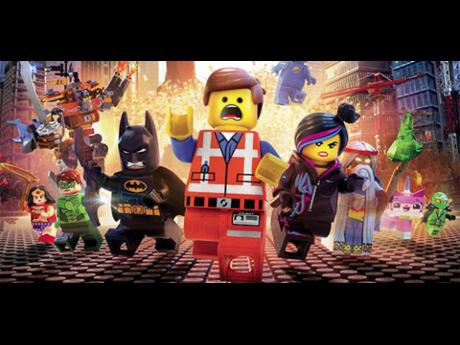 The year is 2014. The LEGO Movie explodes into cinemas and despite naysayers and jaded filmgoers, there’s proof that a movie about toys can in fact work. Everything is awesome.

Fast-forward half a ­decade later and finally, the second instalment of The LEGO Movie franchise is here. There’ve been a few offshoots along the way, LEGO Batman and LEGO Ninjago specifically, but the further adventures of Emmet, Lucy, and all the other master builders have yet to be explored. Until now.

This time, they face devastation at the hands of the alien invaders of the ‘Sistar system’. The once-beloved Bricksburg has morphed into Apocalypseburg. The vibrant hues of a variety of colourful Lego pieces have been traded in for a desolate wasteland of browns and greys. Each of your favourite characters has adopted a hardened and grim exterior to survive the new, harsh world they inhabit. All except Emmett, who remains as innocent and seemingly useless as ever. Of course, that means he’s the only one left to save the world when his stronger, far more capable friends are imprisoned.

Emmet embarks on a galactic trek to save his friends, and along the way comes across the raptor-training, ­galaxy-guarding archaeologist, cowboy Rex Dangervest. Chris Pratt voices both ­characters, meaning the actor is ­essentially playing against a parody of ­himself, made up of his most iconic characters since his rise to superstardom. It’s one of the several jokes in the film that takes the meta approach. Whether it’s the characters, the actors, or the core Lego concept, the film makes fun of it all.

Granted, the jokes don’t always work. Some of them take a little bit too much build-up to make for a satisfying creation. What’s best about The LEGO Movie 2 is how personal the story gets. Just as the first film ended with an emotional juggernaut, so, too, does its successor. By the end of it, you wouldn’t be the only one in the cinema with a lump in your throat. Still, watching The LEGO Movie 2, I couldn’t escape the feeling of familiarity. Emmet’s journey in the sequel almost mirrors the first film. Almost as if the film had been assembled based on a handy instructional guide, instead of the explosive creativity I’d come to expect.