UNESCO’s assistant director says Kingston has a lot to offer 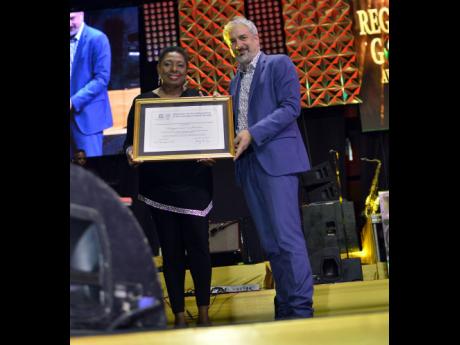 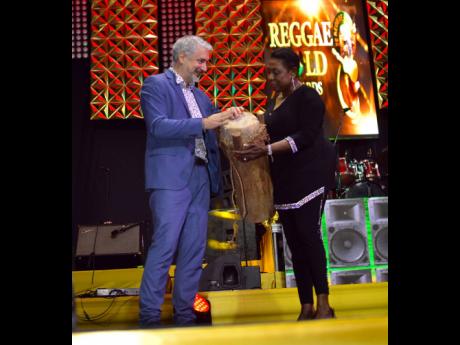 Anthony Minott
UNESCO’s Assistant Director of Culture, Ernesto Ottone Ramirez, is gifted with a drum made by the Maroons of Moore Town by Minister Olivia Grange at the Reggae Gold Awards, held inside the National Indoor Sports Centre last Wednesday. 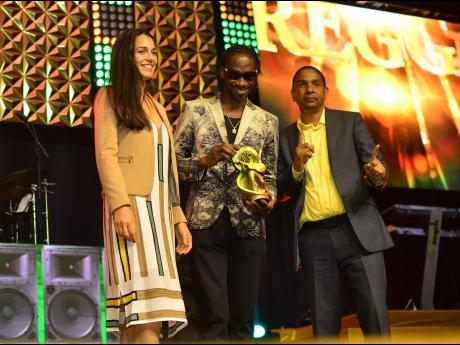 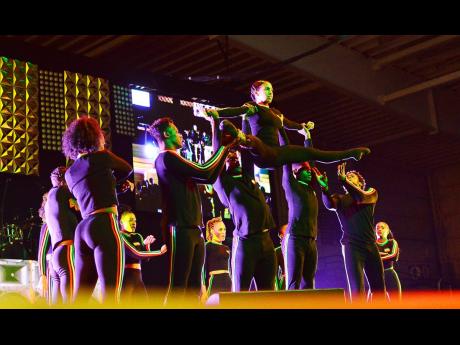 The Reggae Gold Awards not only commemorated 50 years of the music genre that originated during the period when Jamaica, as a newly independent nation, began charting its course to self-reliance, through social upheaval and economic challenges, but it also marked the official handover of the certificate declaring the inscription of reggae as an intangible cultural heritage by the United Nations Educational, Scientific, and Cultural Organization (UNESCO).

Ernesto Ottone Ramirez, the assistant director of culture at UNESCO, was in attendance to make the presentation to Minister of Culture, Gender, Entertainment and Sport Olivia ‘Babsy’ Grange, who showed her appreciation by gifting the guest of honour with a drum, made specially by the Maroons of Moore Town.

According to Chile-born Ramirez, there is a unique connection that is shared with Jamaica. For him, it is his son, who years ago revealed that Rastafarianism is the path that he chose to follow. And although it had just been the first day of the visit to the island, he says he will leave with an understanding of the cultural link and identity.

“When Minister Grange informed me last October of the awards ceremony, I didn’t question it, I wanted to be part of a significant celebration – that is, 50 years of reggae – in the Creative City of Music, and it was great,” Ramirez said.

Awards ceremony and official presentations aside, Jamaica is part of the UNESCO Creative Cities Network (UCCN) of about 180 cities across the world that covers seven main creative fields: crafts and folk arts, media arts, film, design, gastronomy, literature and music.

Ramirez told The Gleaner, “Each city is different and for the creative cities in music, there is a lot that might differ, but one that is missing here is a museum that holds all the different music of Jamaica and of Kingston, perhaps that is an idea that needs more attention.”

The UNESCO director’s suggestion came after a tour of the Bob Marley Museum.

“That museum only speaks of one reggae icon, one important guy, yes, but does not represent the whole music.”

He says for that tourists and people coming to a place named the ‘creative city’, it is important for persons to experience the art in the streets, in the schools and in a designated place like a museum or a place, that constantly host live music.

“I have only been here for one day, but I can also see that there is a lot of design from handcrafted items to instruments that although comes from music. This is another discipline of arts and another one of the creative fields that can be used. It shows that it does not have to be concentrated on one aspect of an art.”

Meanwhile, Minister Grange said that the effort to create a space specific to the music has already been put in play.

“We are working on starting our virtual music museum. Although there is a small museum at the Institute of Jamaica, we will be putting up a structure separate from that, and the intention is to complete it by the year’s end,” she said.

“We have acquired the necessary approvals and a business plan is being developed by the Public Sector Investment Programme. We are also looking to get an iconic concert hall coming out of discussions held on Wednesday.”