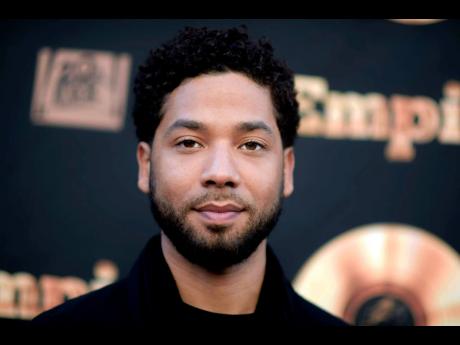 The brothers allegedly paid to stage an attack on Jussie Smollett have issued a public apology.

Abimbola ‘Abel’ Osundairo and Olabinjo Ola Osundairo have spoken of their “tremendous regret” at being involved in the scandal and said sorry for the negative impact they may have had on other people, particularly those who have been victims of hate crimes.

A statement issued by their attorney to CBS Chicago read: “My clients have tremendous regret over their involvement in this situation, and they understand how it has impacted people across the nation, particularly minority communities and especially those who have been victims of hate crimes themselves.”

The Empire actor told police in January that he had been attacked by two masked men in Chicago, who had abused him with racist and homophobic language, doused him with a chemical substance, and tied a rope around his neck.

The two brothers – who knew Jussie from working on Empire and attending the same gym – were arrested last month but were released after telling police about the alleged hoax.

Authorities believe that the 36-year-old actor paid the men to stage the attack to draw attention to himself in a bid to get a salary increase, but he has denied the claims.

Jussie was arrested last month on felony charges of filing a false police report and disorderly conduct and ordered to pay a US$10,000 bond and surrender his passport.

His character, Jamal Lyon, was subsequently dropped from the final two episodes of the current season of Empire in order to “avoid further disruption” to the show.

The actor has been praised by his legal team as a “young man of impeccable character” in a statement that hit out at the way the investigation has been handled.

The lawyers said in a statement: “Today we witnessed an organised law-enforcement spectacle that has no place in the American legal system.

“The presumption of innocence, a bedrock in the search for justice, was trampled upon at the expense of Mr Smollett and, notably, on the eve of a mayoral election.

“Mr Smollett is a young man of impeccable character and integrity who fiercely and solemnly maintains his innocence and feels betrayed by a system that apparently wants to skip due process and proceed directly to sentencing.”

It is currently not clear if the Osundairo brothers will face any charges.