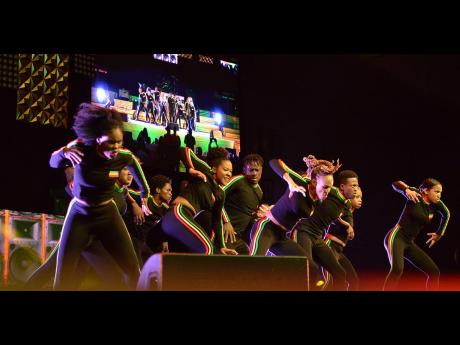 To select only 50 contributors to the development and evolution of reggae music was probably an extremely challenging task for the Ministry of Culture, Gender, Entertainment and Sport and its committee for the Reggae Gold Awards, says Copeland Forbes, one of the award recipients.

Forbes, who has been a distinctive face in reggae music from his involvement in the One Love Peace Concert in the 1970s until now, was present to collect his Jamaica Reggae Gold Award last Wednesday at the National Indoor Sports Centre. He, like several other industry players, travelled from the United States to celebrate Reggae Month and be part of the awards ceremony.

“It was a good representation of the music industry in Jamaica, more so because in my 56 years involved in the music industry, I have never seen so many of our players and people that work within the industry gathered in one place at the same time, from lawyers to managers to the entertainers and their offspring,” Forbes told The Gleaner.

He added, “I was more honoured to be witness to that kind of support than [to collect] the award. I endorse what Minister [of Culture, Gender, Entertainment and Sports] Olivia Grange did as it showed the guests from overseas that Jamaica is an island of rich music history.”

The reggae-music insider notes that Jamaica’s music genres were well represented, especially dancehall, from the era of toasting, with the likes of Hewitt ‘Daddy U-Roy’ Beckford, who, in a state of ­euphoria, exclaimed, “Wake the town and tell di people” as he collected the award for being one of the most popular vocalists and toasters of the 1970s.

“As a distinct subgenre from other styles of reggae, it was significant to highlight dancehall. Reggae and dancehall fall under one umbrella,” Forbes said.

Some of the entertainers who represented for and were recipients of awards for their contribution to dancehall as the subgenre of reggae music were Winston ‘Yellowman’ Foster, Rodney ‘Bounty Killer’ Price, Anthony ‘Beenie Man’ Davis, Marion Hall, formerly known by the moniker Lady Saw, Stone Love’s Winston ‘Wee Pow’ Powell and even Dancehall Queen Carlene Smith, who received a Reggae Gold Honour Award for her role in popularising dance as part of Jamaica’s music culture – was the only dancer to be awarded at the ceremony.

“I believe that if we never had members of the dancehall ­community in the list of awardees, there would be a backlash because the genre has contributed to the evolution of reggae and music ­culture in Jamaica,” Forbes shared.

Claudette Kemp, manager for reggae/dancehall entertainer Capleton, shared a similar ­sentiment, saying, “The awards [show] was a good show of the talent and growth of reggae music. Remember, it is about icons, individuals who have been part of the industry within the 50 years. Dancehall has contributed to the 50 years of reggae, and the key players, including the females in the music industry, were well-represented.”